Home Be Curious A Little Trivia For Ya 2011 Oscar Winners and My Oscar Predictions Results! 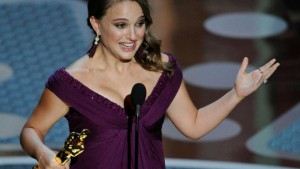 Well, Oscar has come and gone for another year and it was a rather low key event. Anne Hathaway and James Franco scored an A from me, and the musical numbers, the montages and the tributes were par for the course but also enjoyable and nostalgic to watch. Except for notables like Sandra Bullock and Halle Berry, there was a notable lack of mega watt stars this year, but the talent was outstanding, the performances Oscar worthy and the movies — well the movies as always are why we are here.

Are you wondering how I did with my predictions? Here’s the final tally. Out of the 20 categories I made predictions for I made 15 correct predictions. 15 out of 20 isn’t bad. There are 24 categories altogether, but I didn’t predict 4 of those categories since I didn’t see any of the films in those categories. So overall, 15 out of a total of 24 ain’t bad. Guess I better make a point of rounding out my film viewing regimen and add some more documentaries and short films! How did you do with your predictions? I’d love to hear from you! 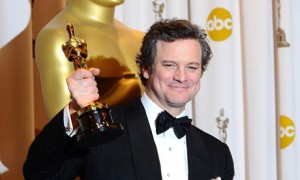 Colin Firth wins Best Actor Oscar for his role in The King's Speech.

So without further ado, here are the 2011 Oscar winners list along with my predictions.

Jesse Eisenberg in “The Social Network”

Jeremy Renner in “The Town”

Mark Ruffalo in “The Kids Are All Right”

Geoffrey Rush in “The King’s Speech”

Annette Bening in “The Kids Are All Right”

Amy Adams in “The Fighter”

Helena Bonham Carter in “The King’s Speech” –> My pick to win. 🙁

“How to Train Your Dragon” Chris Sanders and Dean DeBlois

“I Am Love” Antonella Cannarozzi

Documentary (Feature) – I did not predict this category

Documentary (Short Subject) – I did not predict this category

“Outside the Law (Hors-la-loi)” Algeria

“How to Train Your Dragon” John Powell

“I See the Light” from “Tangled” Music by Alan Menken Lyric by Glenn Slater à My pick to win. 🙁

“If I Rise” from “127 Hours” Music by A.R. Rahman Lyric by Dido and Rollo Armstrong

“We Belong Together” from “Toy Story 3” Music and Lyric by Randy Newman ***WINNER!***

“The Kids Are All Right” Gary Gilbert, Jeffrey Levy-Hinte and Celine Rattray, Producers

Short Film (Animated) – I did not predict this category

Short Film (Live Action) – I did not predict this category

“The Social Network” Screenplay by Aaron Sorkin ***WINNER!*** also my pick to win! 🙂

“Another Year” Written by Mike Leigh

“Inception” Written by Christopher Nolan à My pick to win. 🙁

“The Kids Are All Right” Written by Lisa Cholodenko & Stuart Blumberg