A Bit Part For James Bond 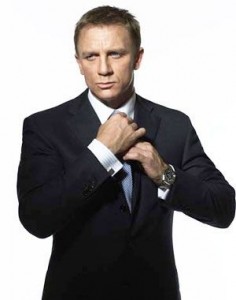 Did you know that Ian Fleming, the creator of 007, wrote a short story called The Quantum of Solace published for the first time in 1959 in a women’s magazine? In that short tale, James Bond only has a small role as a guest at a dinner party. Who would have ever thought that Bond, James Bond himself could ever play a bit part, except if Jinx ever got a movie? The movie Quantum of Solace is a complete departure from the short story wrote by Ian Fleming. The story actually takes place in Bermuda, and seems to be less of an action thriller and more of an exposition on human nature. The escapades Daniel Craig (the current reigning Mr. Bond and the best Bond to date by my estimation, and believe me, I love Sean Connery) takes us on in the movie, does not resemble in the least the original short story. Despite the exodus from the original, the movie is a wild ride, let me tell you, with the requisite number of dead bodies left in 007’s wake. I wonder what Ian Fleming would think?