Home Buzz! Avatar Is Like Walking In A Dream 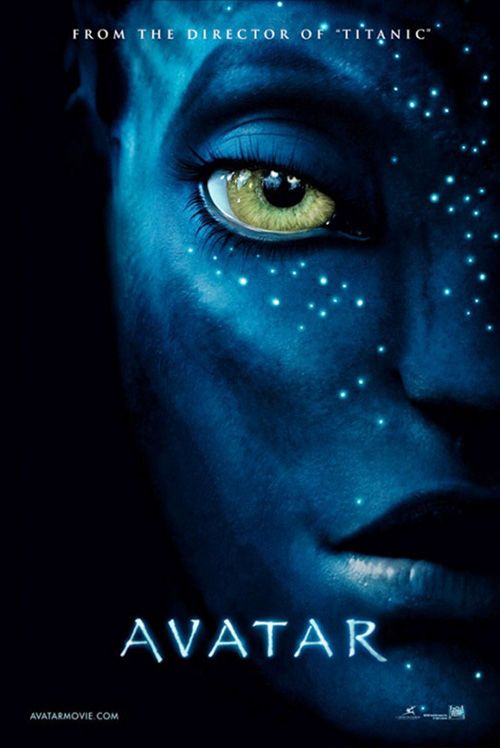 Visually stunning, amazing, spectacular, mindbending, stellar, epic, absorbing, and did I say visually stunning? Amazing? Spectacular? Mindbending? Stellar? Epic? Absorbing? Well, I just cannot begin to tell you just how much I enjoyed this movie. I haven’t enjoyed a movie this much since LOTR and believe you me, I LOVE, LOVE, LOVE LOTR. Avatar has become in a matter of hours my second favorite movie of all time. And that is saying alot. It is a totally exhilarating 3D experience so real you’ll forget where you are and is not to be missed! So get ready, because I am about to wax poetic and totally indulge my sci-fi/fantasy lovin’ self.

James Cameron has done it again, giving us something so memorable, so believable, so fantastical that you really believe there is a world named Pandora that glows with a breath taking phosphorescence by night, peopled by the peaceful, towering yet graceful and catlike Na’vi who coexist in an almost perfect balance with equally terrifying and terrifyingly beautiful creatures. What would it be like to live in a waking dream? Well, this is a story that makes you wonder. Jake Sully, our hero, takes us on an unforgettable adventure where an unimaginable existence is possible.

Sam Worthington is brilliant as Jake Sully, bringing a childlike wonder to his newly awakened avatar, and then in the end making us believe he has the strength of character to redeem himself. Zoe Saldana is captivating, astonishingly beautiful, and full of strength and fierceness — especially when protecting her mate— infusing Neytiri with such a riveting vibrance you can barely take your eyes off her. It was very satisfying to see Sigourney Weaver, who plays Dr. Grace Augustine, in the skin of the alien Na’vi avatar. Even as her avatar her face was recognizable and it felt like coming home, like she had come full circle from her days as a**kicking Ripley. At peace at last. Who could be more perfect to play the Na’vi and nature loving scientist than her? She was delicious. And Stephen Lang as Colonel Miles Quaritch was a villain extraordinaire. He was absolutely despicable in a most base and vile and detestable way. In a nutshell, he really makes you hate him. Giovanni Ribisi as Parker Selfridge (or Parker Selfish more like!) played the money grubbing exec to the tee, and if he had a conscience, he definitely checked it at the door. And nobody plays tough girl with heart like Michelle Rodriguez as the uber pilot with a heart of gold Trudy Chacon. She’s a gal you know can kick some serious a** if she had to and my only complaint was that she went down in a blaze of glory instead of seeing the battle to the end.

Avatar has been compared to Dances With Wolves, but really, other than someone empathizing with a misunderstood people who happen to have something of value that someone else wants, the similarities end there. Somebody once told me that every story has already been told, and Avatar simply tells a story worth telling.

At the heart of this story is “Jakesully’s” and Neytiri’s love story. Love is the catalyst in this movie. It confirms for me yet again the monumental changes and actions that love is capable of igniting and creating. If not for love, the Na’vi would have been doomed. In all the great stories, time and time again, it is love that makes things possible. It allows people of all races to “see“. People who can “see” realize truth, and how can we say full scale annihilation due to greed is ever the way to go? How can that not be seen as clearly wrong? How can the destruction of everything good ever be worthwhile in the end?

Woven within the tapestry of this story is the plight of Earth. Indeed in this distant future, Earth is a barren rock, humans have succeeded in “killing our mother”, and it is a sad, sad thought. So now humans deem the Na’vi to be lesser people, lesser because they seem primitive and simple to the humans in this tale who take whatever they want because they can. And woe to any and all who stand in their way. It is here that the more vile core of greed winds it’s way to the heart of the matter. The Na’vi are situated on a money pit, and the human race wants it. Against mighty war machines of metal and giant mechanical suits of armor, what chance do the Na’vi have with their bows and arrows and their all encompassing belief in the spiritual power of Pandora?

So ensues the battle for survival, and let me tell you my friends, what a battle it is! The action is riveting and filled with nail biting thrills and the terror of war. In fact, all throughout the entire movie there isn’t a single opportunity for one’s mind to wander. The tranquil lulls are enthralling and the sudden excitement is thrilling as we shamelessly watch Jake becoming a Na’vi, living his dream life with convincing realism, doing all the wonderful and freeing things the Na’vi do on a daily basis. It makes Jake long to be his “dreamwalker” avatar and leave the reality of his wheelchair bound body behind. But wouldn’t you if you could dreamwalk like Jake does? Can you imagine bonding with the very earth, the very flora, the very fauna?  I truly understood the meaning of organic watching this movie. Can you imagine what it would be like living in a perfect balanced harmony, happy just to be and respectful of all living things around you? What a wonderful world that would be.

And what a mesmerizing and wonderful movie James Cameron has created. It was more than I expected and everything I hoped that it would be. After seeing Avatar, I felt like I had been a part of something quite magical and beautiful and the three hours passed as if in a dream.

~P.S.~ James Horner scored this movie, and even tho it was reminiscent of some of his other scores, the music for Avatar is very lovely indeed and captures the essence of the joy of Pandora and the Na’vi.