Home Be Curious A Little Trivia For Ya Do You Think Limitless Will Make Bradley Cooper a Super Star?

Do You Think Limitless Will Make Bradley Cooper a Super Star?

Kyra Dawson March 19, 2011 March 19, 2011A Little Trivia For Ya, Buzz!, Did You Know?, Face Time, General, Good Movie Alert!, Housekeeping, Movie Comments, On the Casting Couch, Predictions, ReHash!, Shout Out!, Something Wicked, Word Of The Day 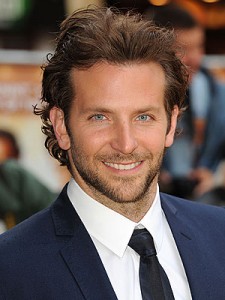 Well, according to Friday box office office numbers, it is quite possible. Limitless raked in an estimated cool $6.6 million big ones, and by the end of the weekend, that number could balloon to $18 million in box office ducats! Not too shabby, don’t you think?

Bradley Cooper has been called charismatic and we all know he’s got that winning smile and sparkling baby blues that he uses to good effect. He’s also pretty likable with 74% of audiences giving Limitless the thumbs up and critics giving the rags to riches thriller not too shabby reviews so far.

Cooper, who we all remember from that shocking and hilarious film The Hangover, has reprised his role in The Hangover Part II despite feeling trepidatious about the sequel’s success. (Its predecessor scored $277 million in domestic box office monster success, and that’s a bar that’s raised pretty high.) The original film’s outrageous antics struck the funny bone of audiences, made it a mega hit and really put Cooper on the map. He followed up with a smallish role in the Renee Zellweger vehicle Case 39, a role in Valentine’s Day, and a role in The A-Team. Needless to say his career has been gaining steady traction.

But is it Bradley Cooper or the story that is bringing in the audiences? Limitless is about a struggling author who takes a drug that enables you to harness 100% of your brain power. He enjoys a meteoric rise to the top and superhuman capabilities, a few side effects compliments of the the drug NZT-48, and some craziness. Robert DeNiro stars in the film as well, and it is a great rags to riches story, but it is Cooper that dominates the movie, and that my friends is what movie stars are made of.

So will Limitless make Bradley Cooper a star? He’s pretty much on the verge, and Limitless just might push him over the edge. What do you think? Limitless is in theaters now.