Home Be Curious A Little Trivia For Ya Golden Globes: Who Will Walk Away A Best Dramatic Actress Winner?

Golden Globes: Who Will Walk Away A Best Dramatic Actress Winner? 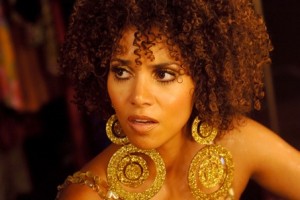 The Golden Globes are right around the corner which means awards season will be in full swing over the weeks to come. During every award season, certain actors are singled out for adulation and accolade, and this year is no different. The actresses which are nominated in the Best Actress in a Drama Golden Globe category are very different from one another; but even so, they all share one attribute — excellence in their craft. Yet only one will walk away a winner. Who shall it be?

Halle Berry: This actress is a household name, and there is no doubt as to her acting prowess. She won a place in history with her best actress Oscar win for her performance in Monster’s Ball. Her ability to give us roles that leave audiences spellbound has been proven time and again. Films like Jungle Fever, Losing Isaiah, and Things We Lost in the Fire are just a few of the movies she has to her credit. In Frankie and Alice, Berry portrays a woman with multiple… [Read more…]