Be Curious Matt Damon Is Bald and In Vancouver Filming Neill Blomkamp’s Elysium! 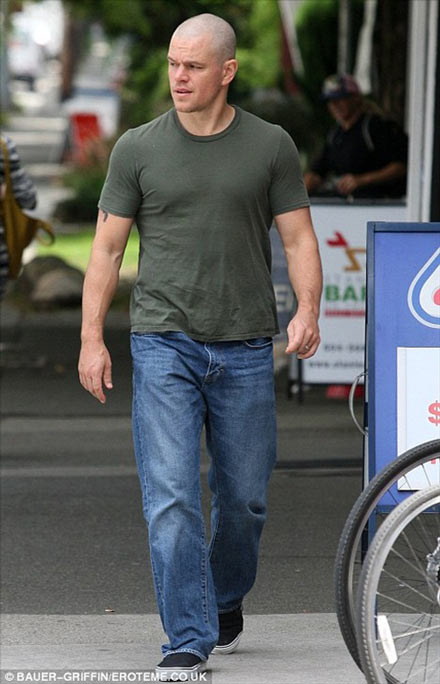