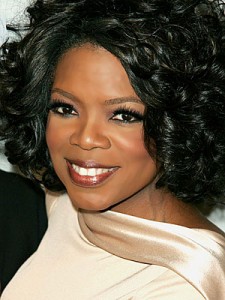 Oprah announced she was leaving daytime. It was a sad day for long time loyal Oprah fans, even celebrities voiced their shock. Her last show will air in 2010, at the 25 year mark. Can you believe it has been that long? I was just a kid when I first heard of her show. Phil Donahue was still on the air! (Wow I’m old!) But, isn’t it better to go out on top? And it seems fans will not be the only ones to miss her. TV stations are in a dither as to what to do after her departure. However, Oprah will be launching OWN (formerly the Discovery Health channel) a.k.a. the Oprah Winfrey Network. Maybe she’ll shift her show that way. Either way, daytime will be a strange landscape for a while without the big O! Unless, of course, you tune into OWN!