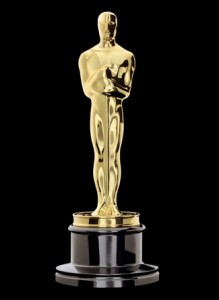 As the big day approaches, all eyes are turned to Hollywood and we all wonder—just who will be graced with the honor of Oscar? I am no different…..the Oscars is my Superbowl, so everyone will know where I will be Sunday………GLUED to the TV screen watching all the Red Carpet triumphs and blunders and cheering and booing when my faves win or are shamefully dissed.

So, here is my Oscar Winners Predications List. It has long been a  perception that The Globes act as a forerunning harbinger for Oscar aspirations. However true this may be, I have hopes that this year could be different, as darling Nicole Kidman was shut out this year, and long absent pariahs like Mickey Rourke were honored. It just goes to show you never know which way the wind will blow in the town my dearest kindred spirit has dubbed Hollyweird! As you will see, my predictions read as more of a Wish List and most biased opinions ballot instead of educated guesses and hypothetical theories. I humbly beg for your forgiveness and ask that you indulge me, as my brain is frazzled by all the glamour and glitz to come. I am only human afterall. So, here goes………… 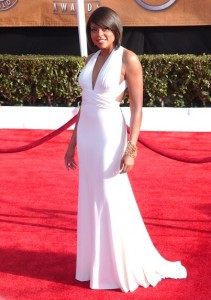 Best Actress – Kate Winslet (It’s about time….come on Angie, we’ve all seen this gut wrenching emotion from you a million times…..we have no doubts you are capable. Time to go all Dr. Jekyll and Mr. Hyde on us and play a great VILLAIN!)

Best Supporting Actress –  Taraji P. Henson (Did you SEE her in Benjamin Button? Amazing! Though Marisa or Penelope could be the fave.)

Achievement In Art Direction – The Curious Case of Benjamin Button (Though The Duchess was an amazing period piece that tantalized the senses, and the Dark Knight was that….dark…..it was good, don’t get me wrong, but Batman can’t win all the time.)

Achievement In Cinematography – The Curious Case of Benjamin Button

(This film was at times so intimate, I got so caught up and swept away by this story….I believed it. Isn’t it this suspension of disbelief a good movie makes? As a character driven film, the characters at times were shown so clearly and heart breakingly beautiful in all their vulnerablity that the poignancy of emotion in this film really resonated for me. Brilliant, beautiful artfully real cinematography.) 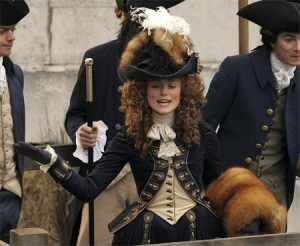 Achievement In Costume Design – The Duchess ( I want to say B.B., but I figured I’d give someone else a chance, and you can’t go wrong with a period piece for best in costume. Although, Australia could prove to be the dark horse in this race, but I really can’t say because I haven’t seen the movie yet.

Achievement In Directing – The Curious Case of Benjamin Button ( Lookout for Slumdog Millionaire! This sleeper flick SWEPT the Globes! And I do mean SWEPT!)

Achievement In Film Editing – The Curious Case of Benjamin Button (Of course! Though The Dark Knight could be the shoe in.)

Achievement In Makeup – The Curious Case of Benjamin Button (Hands down, unbiased truth!)

Best Original Score – The Curious Case of Benjamin Button (Again, look out for Slumdog Millionaire! Though WALL-E could surprise us!)

Best Motion Pic of the Year! – The Curious Case of Benjamin Button (Unfortunately, the Globes disagreed with my expert opinion and Slumdog Millionaire took home the award for this category. Will Oscar do the same and nod his golden head in their direction as well? Tune in tomorrow, Sunday, February 22, 2009 at 5pm PST/8pm EST to find out!)

Anyways, can you tell B.B. was my most favorite film of the year? It’s 3rd I think currently on my favorite movies of all time list, just behind the LOTR franchise and The Chronicles of Narnia flicks, and just infront of King Kong. Legends of the Fall, Braveheart and Titanic are in there somewhere, too, but that’s another story. Anyhoo, Ben Button has 13 nominations, the most nominations out of any movie this year, so it’s bound to win something! Have fun! 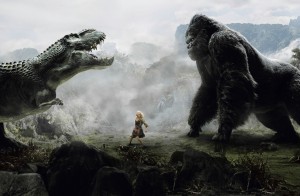