Spartacus War of the Damned “Separate Paths” Review: Parting Is Such Sweet Sorrow

BEWARE of spoilers! This post is full of it… I mean them! 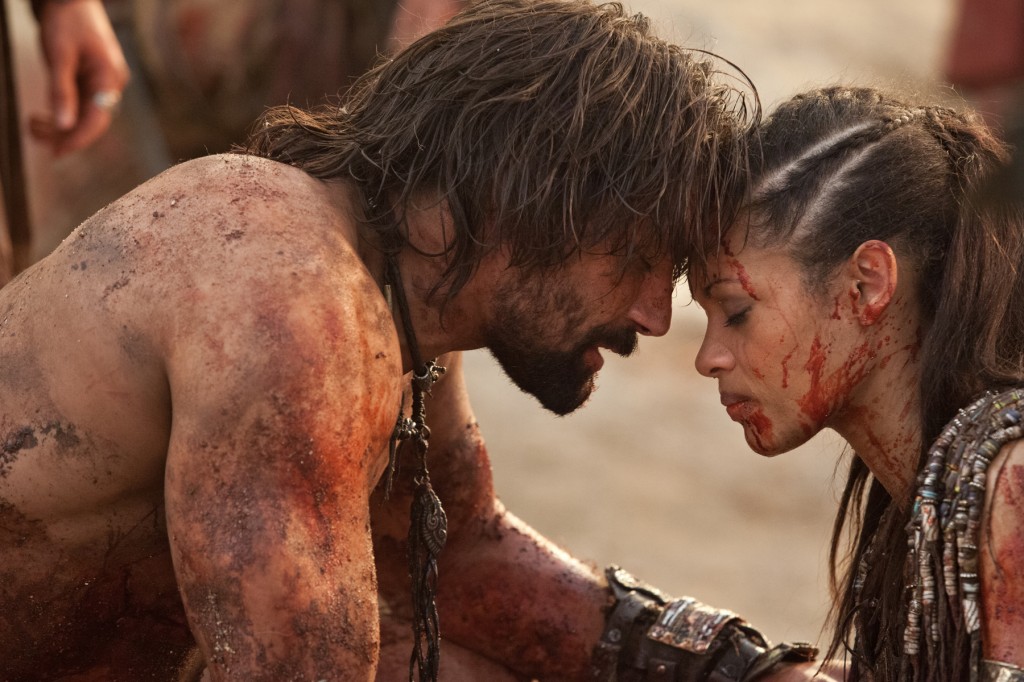 Spartacus War of the Damned "Separate Paths" Crixus and Naevia, Parting Is Such Sweet Sorrow

This devastating episode kicks off beginning to rapid end. The major points in “Separate Paths” were the separating of Spartacus’ rebel army, saying goodbye to friends, lovers, and brothers in arms. Spartacus discovers Kore was a slave of Crassus, and Crassus moves closer to his end game while Spartacus is beginning to realize the end is near. Gaius Julius Caesar endures a horrific assault from Tiberius and a horrendous blow to his towering pride, even as the bitter rivalry he and Tiberius is coming to an inevitable and highly anticipated final clash. And let us not forget the deaths of some of our favorite characters in the 3 season series.

Tiberius has shown time and time again that he is a depraved, vile and wretched human being, and I cannot wait for sword to cleave his flesh. Gaius has endured insult, hubris, and Tiberius’ attempt to end his life via gladiator, but the vicious and most violating rape is the act that will make Gaius snap and go postal on Tiberius.

The violent attack Tiberius has perpetrated on Gaius was to dominate and humiliate him for daring to blackmail and challenge him. The violence was so sudden and unexpected. I don’t think anyone anticipated Gaius becoming a victim of Tiberius just as Kore had, but to see Gaius’ face, especially when Crassus comments on the bruises, is to see hatred and vengeance incarnate. I think the days of Tiberius are numbered and he is soon for the Afterlife at the hands of Gaius Julius Caesar.

Though my money is on Gaius taking him out in the most ruthless and creative of ways, it could also be Crassus, or Kore, or Spartacus, or Tiberius could live to be 100. You never know with this show, but I hope Tiberius suffers. 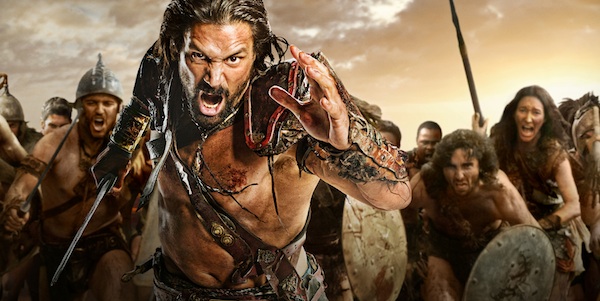 Crixus the undefeated Gaul stands a god amongst men. 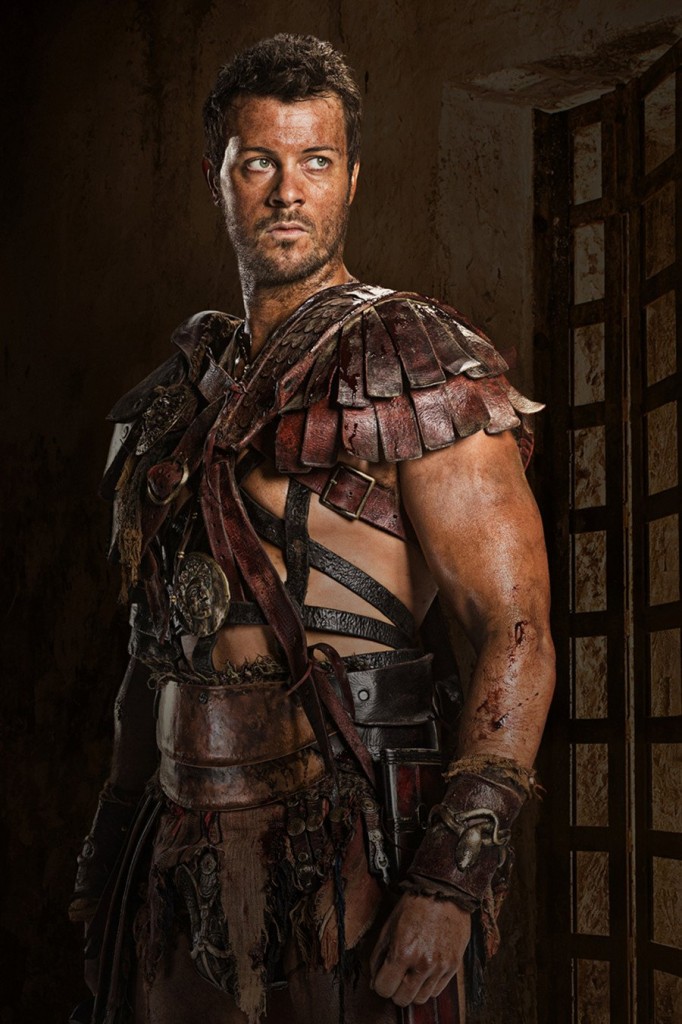 I will greet you in the Afterlife.

So the rebel army separates, some stay with Spartacus while the majority leave with Crixus who is determined to march on Rome. Naevia goes with her man, of course, but the surprise is Agron, Spartacus’ loyal shadow, when he decides to leave with Crixus. Yet his split from Nasir is most likely the motivating catalyst for this decision.

Gannicus stays with Spartacus since he has found love with Sybil, which is unfortunate for Saxa, though she too decides to stay with Spartacus. Laeta too stays and not surprisingly she and Spartacus finally get together. Whether Agron is right and Spartacus does have affection for Laeta isn’t clear. Laeta claims not to need his heart for what she has in mind, but I think Spartacus has some feeling for her since he only tends to sleep with women he has some care for (if you don’t count Ilithyia, of course). The irony that Laeta is Roman is not lost on anyone watching, I’m sure. Love can blossom in even the most dire and dangerous of places.

I think the love story of Crixus and Naevia is right up there with that of Spartacus and his wife, Sura, Marc Antony and Cleopatra, and the two lovers penned by Shakespeare, Romeo and Juliet. Crixus moved heaven and earth and hell to find the woman he loved. He brought her back from the brink and supported her, being her strength when she needed it and letting her walk on her own two feet when she wanted to as she healed. He always had her back, he never let her down, he was loyal to her even if it was folly, and he taught her the fighting skills she needed so she could feel safe and free again. Crixus was a man any woman could be proud of.

Crassus and his horde.

As Spartacus retreats with his straggling group, Crixus and the gang take up arms to do battle and for the most part are victorious. Just when they think their way to Rome will be unimpeded, Crassus and his horde — including Gaius who is suspiciously on foot, and a smug Tiberius who is seated upon a horse — appear as if out of nowhere and this is the point where we know the rebels’ luck has run out. In the end, Agron is killed by Tiberius who strikes from behind. And he strikes again with this cowardly move within the space of a few heartbeats. Crixus — who only a moment — before stood triumphant, is struck down by a craven Tiberius with a spear through the back. 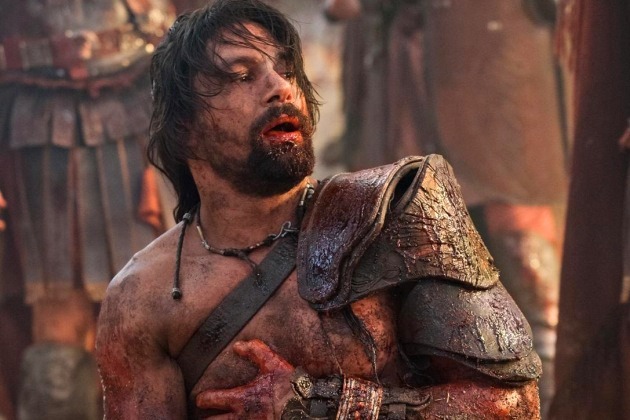 The mighty Crixus has fallen.

And the horror doesn’t end there. Crassus, ruthless leader that he is, makes sure that Spartacus will get his brutal message. Right in front of a horrified, heartbroken, weeping and devastated Naevia, Crassus gives the order for Tiberius to cut off Crixus’ head. Looking into the pain of Naevia’s eyes and seeing Crixus’ end reflected there is the last thing we see before the screen goes dark. 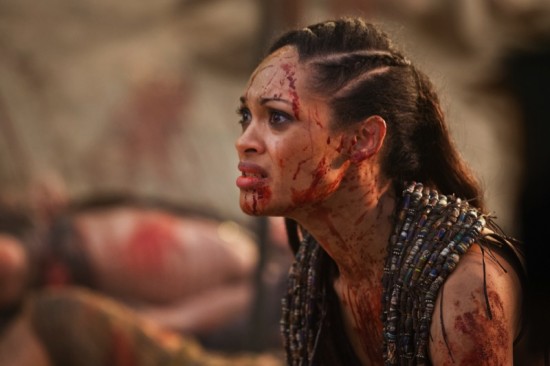 My favorite moment in the episode was the final speech Crixus gave. Here stood the undefeated Gaul of the arena who sent many Romans to the Afterlife. The worst part was witnessing the death of Crixus, Naevia forced to watch the death of her true love with heart wrenching sorrow while a Roman holds a sword to her throat. I don’t think I’ve cried this hard since Titanic.

Many tonight weep copious tears that mighty Crixus has fallen. He stood a god amongst men and he will be greatly missed. What will be Naevia’s fate? I know she will want to follow Crixus into death. I don’t think she could recover from watching him die. Only time will tell. Do you dread next week as much as I do? 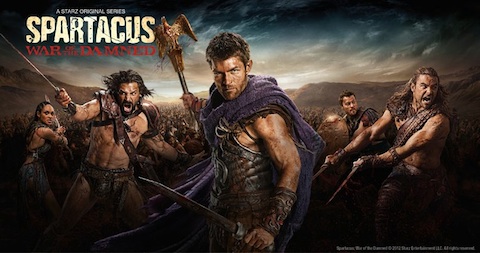 And though the end is near, I am glad our rebel heroes lived free for a time, found love and had a small piece of happiness in their lives. Join me as I raise cup in tribute to our fallen rebel warriors.

What can I say about Manu Bennett? Well, first off, he did one helluva fine job breathing life into Crixus – he crushed it. Crixus could have just been a brute of a Gaul, a fierce gladiator who could have had no nuances or finer moments of character. Thanks to Manu Bennett, Crixus was a fully rounded character — like so many of the well realized cast — flawed, feeling, strong and human.

I know what is to happen is already a forgone conclusion, but I am not ready for glorious spectacle and bitter ends. Are you? And we still have two episodes of carnage and death for some of our favorite characters to go before wretched end.

Ah, Shakespeare had it right. Parting is such sweet sorrow.