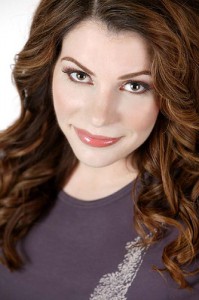 OOOH! Before I forget! This weekend in Forks, September 12th and 13th to be exact, they will be celebrating Stephenie Meyer Day 2009! Of course we know that she made the small town famous with her “little” vampire saga (little! hehe!), and in her novels, September 13th is fictional character

Bella Swan’s birthday.  Why not take a jaunt down to Forks, Washington and join in the vampy fun! Forks is even inviting Arizonians — or is it Arizonites? You may even catch a glimpse of Stephenie Meyer herself, if she opts to surprise fans with an appearance, and get those hardcovers I know you Twihards will be lugging around with you autographed maybe! (It is rumored Stephenie will not be making an appearance in New Moon like she did in Twilight 🙁 — BOO! News on the street is that director Chris Weitz forgot! How embarrassing, as Stephenie Meyer was actually on set during the shooting of New Moon!)

~Quickbite!~ The Vampire Diaries premiered last night. I wonder how it measured up, because you know it will be compared to Twilight. (It even echoed the mother of all vampire tales, Bram Stoker’s Dracula!) It’s been called a Twilight/Trueblood hybrid — Truelight! ™ — how will it stack up against these two vampire empire giants? I wonder if they’ll play the heck out of it like they are Melrose Place 2.0?

~MAJOR P.S.!~ I did not know this! L.J. Smith wrote The Vampire Diaries series which was first published in 1991! That’s like 18 years ago! Way long before Twilight. Stephenie Meyer would have been 18 years old at the time. Interesting. But as we all know, every great story has it’s kernels from something great that has gone before. It is inevitable. I wonder how big the books were with fans back then? I wonder why Twilight took such a stranglehold on fans in this era of fantasy and lore literature? Maybe we’re just ready for stuff like this now?