The Downward Spiral of Charlie Sheen 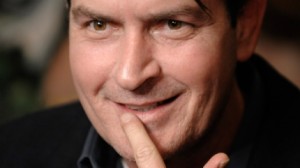 Charlie Sheen has been acting a little strange lately.

Charlie Sheen is making headlines and not in a good way these days. Everywhere you look, Charlie Sheen and his bizarre escapades are front page diversion. He is a star that is undoubtedly in some sort of obvious downward spiral if not in real jeopardy. He’s on the brink of irrevocably ruining his career, his image and his credibility with lightning speed. In a trend that seems to be an epidemic in Hollywood where almost every week if not every day we can expect to hear of another errant star in trouble of some sort, Charlie Sheen may be the most out of control and audacious movie star to ever fall from grace.

There is no denying that Charlie Sheen has been and still is a brilliant actor. His rise to fame was gained in hit movies like Ferris Bueller’s Day Off, Platoon, Wall Street, Major League, Money Talks and Hot Shots!. Those titles are just a few of the high grossing projects on his CV. He’s a writer and a producer, he’s won a Golden Globe, he has a star on the Hollywood Walk of Fame, and his longevity in the industry is a testament to his acting skills. As part of the Brat Pack…[Read more…]