Home Buzz! The Tudors Are In the House!

The Tudors Are In the House! 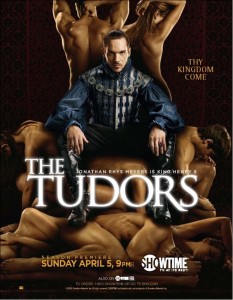 Well, I missed the kick off of Season 3 of The Tudors on Showtime on April 5, 2009, but I am making up for lost time and catching it on the ancient CBC, a beloved Canadian station. And let me tell you ~ Season 3 kicks of with a bang! Henry is as despicable as ever, and isn’t even bothering to hide the fact that he is a blue blooded tyrant. Heads are set to roll, and marble ones already are, as the churches are being dissolved and their riches ransacked and funneled into the king’s coffers. Lady Seymour has found the highest dread favor in the land by landing the king, becoming queen to England’s best known philanderer. (However, out of all Henry’s queens, she was favored the most because she bore him a son and had the good grace to die of her own volition instead of forcing Henry to kill her off when he was bored of her!) 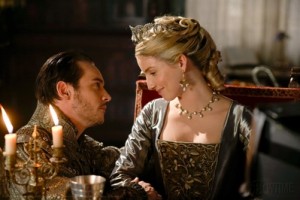 Meanwhile, fates and fortunes are rising and falling like a waterwheel, as usual subject to the mood and fancy of the king, which is unpredictable and foul as ever. The court is as morally ragged and corrupt as usual, rife with intrigues and plotting, which is always good fun. Princess Mary has sold out to return to the good graces of the king and regained the privilege of calling him father. Now it is the little Elizabeth who must suffer Henry’s wrath and punishment simply for being the daughter of the once beloved Anne, who is openly referred to as “the whore Anne Boleyn”. 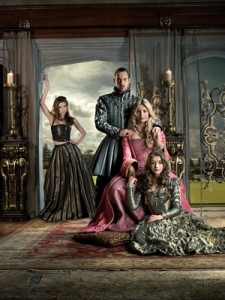 The Tudors Season 3_Henry and the Women In His Life

Even though I know how all this will end, I am looking forward yet again to another rousing season of romps and routs, betrayal, scheming, conspiracy, manipulation and maneuvering, pomp and pageantry, and watching heads roll and necks stretch! I also greatly enjoy watching Henry become more decrepit (and pain riddled, which is the least he deserves! Good gracious, Tudor times sure brings out the devilishly bloodthirsty side of me!) as his rottenly wicked insides start to tarnish his once glorious, athletic outer splendor. Kudos once again to Jonathan Rhys Meyers, who is simply fantastic as the deplorable Henry VIII, and to the stupendous cast who really take you back to Tudor living at its voracious best, where I guess it was very good to be king! We are very pleased indeed!