Kyra Dawson May 19, 2011 June 6, 2011A Little Trivia For Ya, Books On Film, Buzz!, Did You Know?, DVD, Face Time, General, Good Book Alert!, Good Movie Alert!, Housekeeping, Movie Comments, Shout Out!, Something Wicked, Women In Film, Word Of The Day 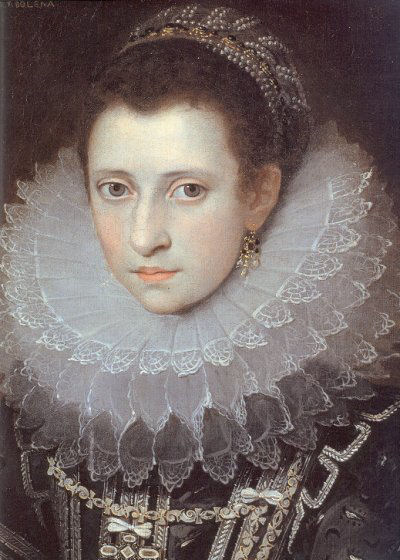 This is a photo of Anne Boleyn I haven't seen before. Have you? She looks very young here, a time of halcyon days, before the terror of her days as queen.

Today marks the 475th anniversary of Anne Boleyn’s death by the sword of the executioner. Did you know she was maybe 35 at the time of her death? The exact date of her birth is unknown and is placed as being sometime between the years of 1501 and 1507. She was still a young woman with her whole life ahead of her. Henry’s decision to execute Anne left Elizabeth, who wasn’t quite 3 when her mother was killed by the command of her ruthless father, motherless. I still find it so sad that Anne’s death was pointless. All of Henry’s worries were for naught. Elizabeth was the the greatest ruler England has ever known. It is so sad that Anne’s life was wasted just because Henry tired of her.

As I watch my Youngling play in the golden afternoon sunshine, laughing and playing and carefree, I find myself thinking about Anne Boleyn. Did she have enough halcyon days just enjoying the sunshine? Did she ever enjoy Elizabeth just for being born a thriving healthy baby? Did she get a chance to just be with her child and bask in the wonderment of motherhood? Or was every moment tarnished by her fear of her impending doom and the wrath of Henry? Did she spend every moment scheming and playing the game of thrones and kings and power?

Part of me thinks she was so obsessed with her quest to become queen, keep Henry bound to her, and protect herself and her position from those who would see her destroyed that she never had a moment’s peace. For certain her last thoughts were of Henry. Some of her final words were of Henry, “…but I pray God save the king and send him long to reign over you, for a gentler nor a more merciful prince was there never: and to me he was ever a good, a gentle and sovereign lord…” I wonder what her thoughts were of her only living child? The daughter she was leaving behind; the daughter that had caused Henry so much disappointment just because she was born female. I can’t even begin to imagine Anne’s sorrow knowing she would never see Elizabeth grow to womanhood. How proud Anne would have been of her brave, smart and wily girl.

It makes me sad to think that Anne might not have enjoyed the simple and most important things in life once she became queen. Whenever I think of the saying, be careful what you wish for, Anne Boleyn and her saga goes through my mind.

Anne Boleyn’s execution took place May 19th, 1536 at 8 o’clock in the morning and was the first public execution of an English queen.

Anne Boleyn was known as The Most Happy. I wonder if she was? Maybe she was, for a time. I hope she has found happiness now, where ever she might be. 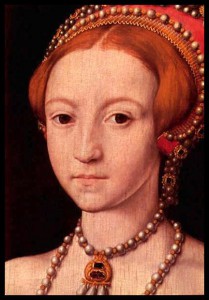 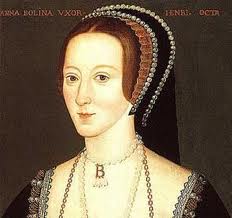 Do you think Elizabeth resembles Anne? 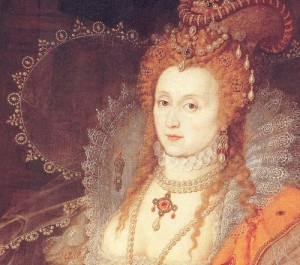