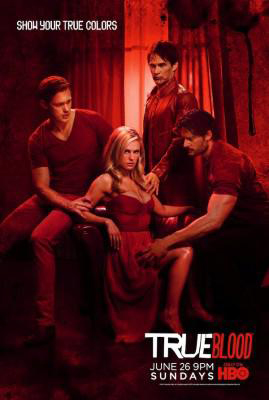 The theme in True Blood‘s season 4 so far seems to be one about showing your true colors. It is something both mortals and immortals seem to grapple with no matter the time or place, and in Bon Temps, when a character decides to show their true colors it happens in a most dramatic way. Here is The Scribe’s Desk take on the true colors of our favorite sublime trinity on True Blood. 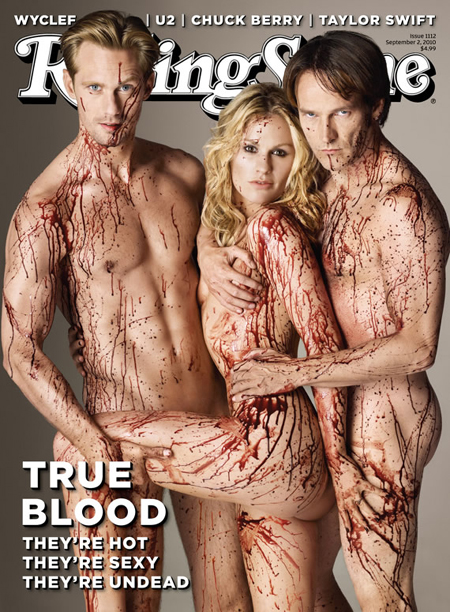 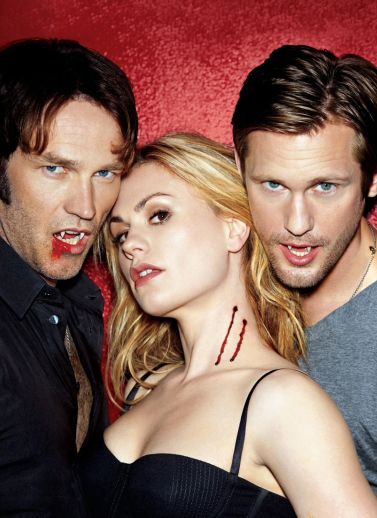 Sookie – We know she is a faery, we’ve accepted it, but has she? I think she’s still grappling with it. She aspires to be a paragon of virtue and morals, but underneath simmers the blood of the fae — impish, feisty, passionate and magical. If she would just embrace her true self as Eric suggests I think she’d be less conflicted. She needs to free herself from false ideals and just be. Remember when she dumped Talbot down the garburator at Fangtasia’s infront of Russell? That was classic faery behavior. When she laughed wickedly at his obvious rage and anguish she was allowing herself a moment of pure faery abandon. But even that moment was restrained as her human Sookie side wanted to censor such naughty behavior. And remember her saucy comment to Eric last week during their tete a tete about ownership? It’s that kind of Sookie this scribe wishes would come out to play more. She’s a lot more fun and honest. 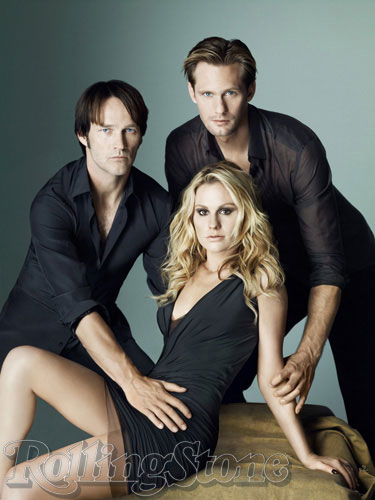 Eric – Ah, what can I say about Eric? We love him. And we’re excited to finally see him and Sookie get together. The most exciting thing about all this is the fact that he is Eric, but he’s not. Watching Eric as he grapples with his amnesia will be interesting indeed. Thank goodness he’ll have Sookie and Pam to take care of him until he can either get a hold on things or come back to his senses. I think that underneath all his scheming, bad boy and ruthless vampire ways lies a heart that is capable of much love and an individual who once embraced life and all it had to offer. I think this is what the amnesia will reveal to us, a truer Eric. An Eric that resembles a new born vampire without all of Eric’s baggage, but still has all the killer instincts. It’s going to be quite intriguing and fun to watch him “explore” his new found self and his vampire nature as if it is all brand new. It’ll be even more fun to watch him when he comes back to his senses. How much of his true self will we see then? 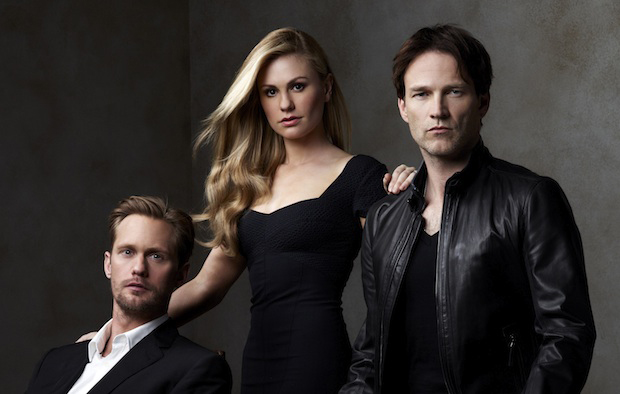 Bill – Now Bill is an interesting character. On the one hand he is the epitome of the charming and decorum observing southern gentleman vampire. On the other, he is a cold blooded, efficient, duplicitous, deep cover, covert operations, master manipulator, who is as skilled as a procurer as he is as a killer. So which is the real Bill? I think Bill may suffer from a bit of a split personality syndrome. He’s a vampire Dr. Jekyll and Mr. Hyde and he certainly hides his baser self from Sookie, except he’s not quite adept at it and she always manages to find out the truth about and behind his misdeeds. When he thought Sookie was gone Bill gave the inner Bill, the part he worked so hard to hide from Sookie, free rein. I mean he would have to wouldn’t he if he was going to have a successful reign as the King of Louisiana. With Sookie’s return, Bill is back to trying to be something he isn’t… at least when Sookie’s around, that is.

Sound off! What’s your take on the true colors of True Blood‘s sublime trinity? Let me know what you think in the comments section!

Tune in next week for more True Blood Thoughts. Next on the true colors list we examine Jason, Tara and Pam.