Twilight Falls On 2012 and a New Moon Rises! 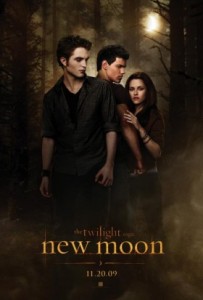 Or I predict it will. Apocalyptic devastation can’t hold a candle to the fang-demonium inspired by the vampires of theTwilight Saga. 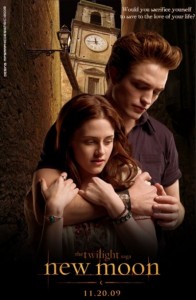 Advance ticket sales for New Moon are the highest ever! In all of history! Outselling even the Dark Knight, Star Wars, Harry Potter, AND (gasp!) Lord of the Rings! Well, less than 8 hours on this coast before New Moon opens in theaters people! I can’t remember a time when more people were more frenzied for the release of a movie. And whether you’re Team  Edward or Team Jacob, if you’re a TwiHard — or someone who just revels in indulging their inner teenager 😉 — this will be a most delicious movie event! And it will start all over again with Eclipse in June 2010. So, I think New Moon will oust 2012 from the box office throne this weekend along with any other movie unfortunate enough to open on Friday, November 2009. What do you think? Viva Le Vampire! 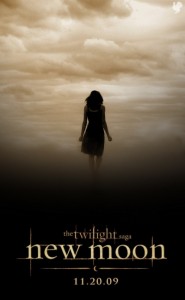 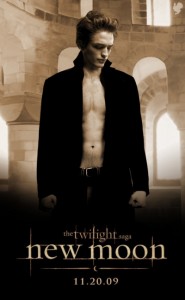 ~P.S.~ Twilight has been playing in some theaters before the midnight showing of New Moon, and according to reports, it was Thursday’s second highest in ticket sales. I wonder if New Moon will be the highest grossing weekend box office hit of all time? Most likely. (Sorry, Batman.) I wonder if New Moon will have the stamina to overthrow Titanic from the coveted spot of Top Grossing Film of All Time? It very well could happen.