Viggo Takes to The Road 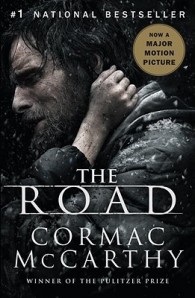 Who doesn’t love a good Viggo Mortensen movie? I know I do. The Road opened last Friday starring Viggo, Charlize Theron, Robert Duvall, Guy Pearce and newbie Kodi Smit-McPhee. A strong cast to say the least for the Pulitzer Prize winning novel written by Cormac McCarthy. It is a story about survival in post apocalyptic America. A man and his son must journey across this devastated futuristic world, with only the love that binds them to keep them going. You can imagine that in a desolate climate, men will be pushed to the brink of decency and the heights of devotion. The motto of this movie is survival of the most willing to do whatever needs to be done, so don’t expect to see a civilized world. Civilization has no place here. The Road is being hailed as ‘epic’ and ‘tremendous’, and it definitely is stripped of the veneer of sophistication, leaving the audience nothing but raw and primitive man in a primal state. So far, The Road has most critics giving it the thumbs up. This movie could quite possibly garner an Oscar nomination for Viggo Mortensen, a very talented actor. What do you think about the slew of armageddon movies though? Scared yet?