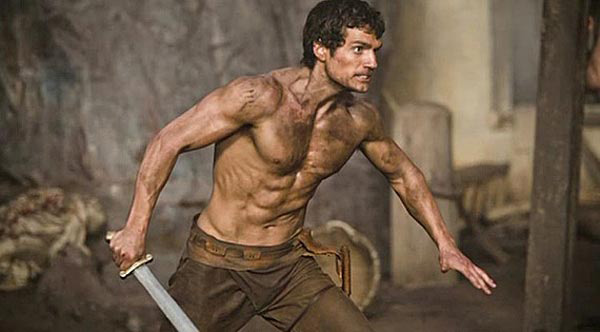 In recent years, films have begun to move from the theater to our home screens far more quickly. This is largely thanks to the improved streaming options offered by cable providers and the different services, such as Netflix and On Demand, that tend to show brand new movies. This means that the films that are in theaters today will be available in a matter of just a couple of months, if not sooner, for you to watch at home with the click of a button. So, with this in mind, here is a brief review of the massive undertaking “Immortals” which is one of the hotter topics in Hollywood right now. 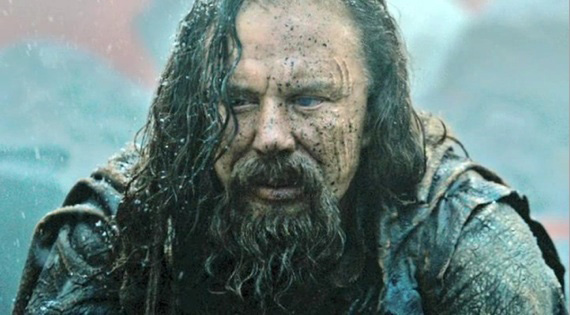 “Immortals” director Tarsem Singh gave a rather confident interview not long before the release of his epic action/adventure film, and seemed to be criticizing both “300” and “Clash of the Titans” both of which are inevitably compared to “Immortals”. Singh did acknowledge that were it not for the visual style of “300” his film would not have happened, or at least wouldn’t look the way that it does.  However, he also seemed to imply that “300” and “Clash of the Titans” were less mature than his film, and that they were childish versions of the same idea. Singh bluntly supports the realistic nature of his film’s violence and firmly declared that a violent battle scene should look real and horrifying. 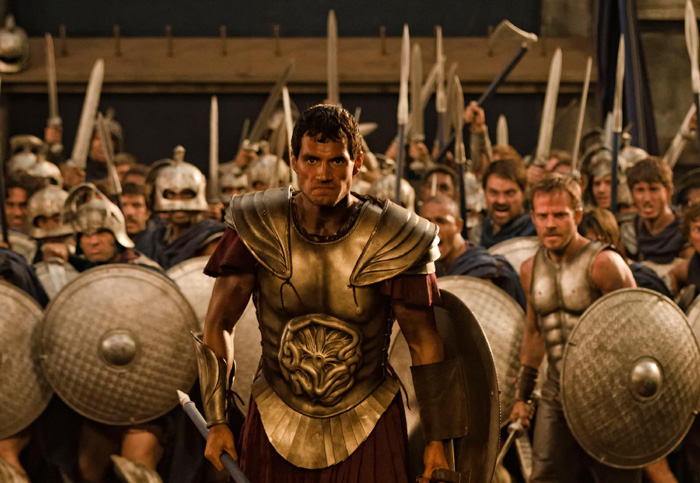 Singh’s opinions are interesting to consider when actually watching “Immortals” which does indeed set itself apart from its predecessors in certain mature ways. For example, Mickey Rourke, who plays the part of the antagonist in King Hyperion (who seeks to destroy the gods by taking over Greece and releasing the Titans), is horrifyingly quick to violence and should send chills down most audience members’ backs. Additionally, much of the blood and violence in “Immortals” is displayed more vividly than in similarly themed movies from the past. If Singh was shooting for making the “R” version of the epic film, he certainly succeeded. 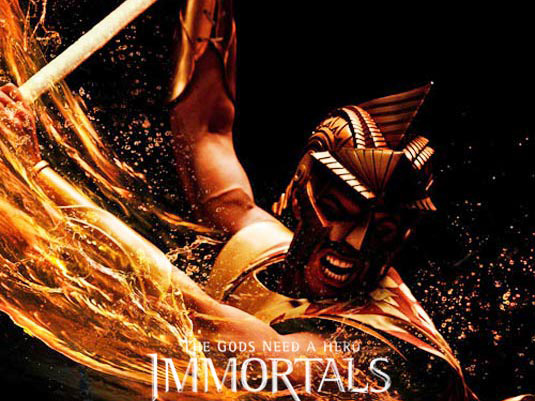 Unfortunately, once you get past visual display and violence, “Immortals” doesn’t have much to offer. The film is essentially about the journey of Theseus, a young Greek man with elite fighting skill who finds himself leading the resistance to King Hyperion in an effort to avenge his mother and fulfill tasks placed upon him by the gods. There are certainly epic elements to the story, and the interplay between gods and mortals can be very engaging to follow. However, Singh seems to have been so focused on establishing his wonderful visuals that the actual story of his movie was at many points lost in its own epic quality. “Immortals” is entertaining and contains original elements, but lacks the storytelling quality of, say, “300”.