OK, so this is a complete departure from the usual fodder and fare, but this is out of control. I simply must dish about something that only happens once in a blue moon in the fair jewel of a city Vancouver, BC. It has snowed my friends, and I mean snowed! Check this out. 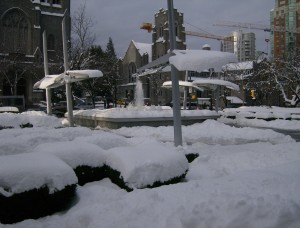 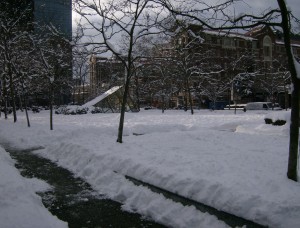 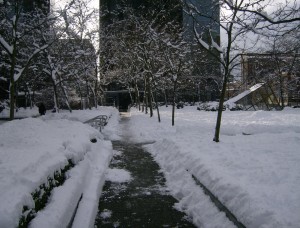 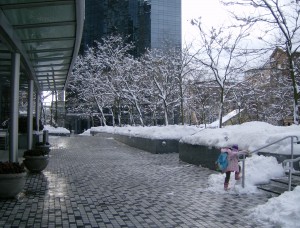 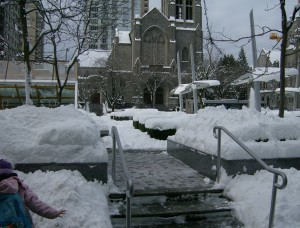 And this is right in the heart of downtown Vancouver, just minutes away from the famous Sea Wall and English Bay! Having arrived from a more northern clime not too long ago, my youngling and I are elated! We must confess that we missed the snow which did fall in copious amounts and lasted from October until May sometimes where we used to live approximately three hours from Hyder, Alaska.

In the heart of downtown Vancouver, snow covered streets are a rarity and everyone with low profile tires is literally either stranded, panicking, or discombobulated. At every corner everybody’s feet are getting super soaked and one must find a strategic way to walk through slushy snow drifts. It’s really quite hazardous to Vancouverite fashion sense. Many corporate execs and fashionistas alike are bemoaning the treacherous winter weather. Not us though! My cutelet and I awoke exhilarated and joyous to see the winter wonderland. Our spirits are considerably raised. Truth be told, we don’t mind the rain, but we had no idea that winter in Vancouver is more like monsoon season in India.