Home Be Curious A Little Trivia For Ya Worth: A Film by Kathi Carey

Worth: A Film by Kathi Carey 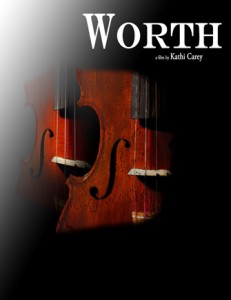 Worth is an award winning film by Kathi Carey

Twitter is a great place to share knowledge and information about worthwhile and intriguing film projects. One day as I ventured through the Twitterverse, I came across a gem of a movie simply and aptly named, Worth.

Intrigued by the eloquent succinctness of the title, a title that triggers many emotions within myself especially since I became a mother, I set forth to find out more about this film. I made contact with award winning film maker Kathi Carey, the film’s writer, producer, and director. When I asked Kathi to tell us more about her film, she was kind enough to share some details about her award winning film, Worth.

Worth is a 2008 short film and has won an amazing 31 Awards. It is 7 minutes long, but Kathi manages to tell a whole story within this brief time frame. There is a beginning, a middle and an ending, and it comes complete with a protagonist and an antagonist. The synopsis reads as follows:

“When a non-descript violin shows up at an upscale auction it seems wildly out of place. But who decides what something or someone is really worth? The answer may surprise you.”

The film has screened at over 31 festivals, and at it’s 31st screening Worth won its 31st award, the Audience Award for Best Short Film, presented by the film critic John Anderson. 31 awards are a lot of accolades for a short film, and it is well deserved.

“Truth is beauty … Beauty — truth. Worth follows that dictum. It is also a clever way of showing us how our perceptions can be rather twisted.”

Inspired by a turn of the century poem by the name of “The Touch of the Master’s Hand” by Myra B. Welch , Worth was written in 1 hour and urges you to consider the age old adage of not judging a book by its cover. It’s a film about the beauty that surrounds us everyday, self esteem, redemption, regret, and so much more.

“A film can change someone’s life. This fact influences every aspect of my films from subject matter to casting.” 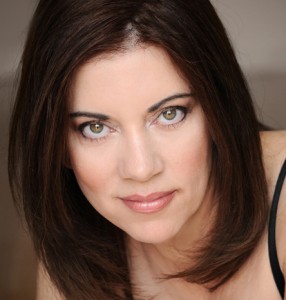 Kathi Carey, who is also an actress and appears in the film, believed in the worth of this film so much that she financed the making of Worth out of her own pocket. That is quite the leap of faith, and leaves no room for doubt. Worth went all the way to Academy Award submission, and that is quite a journey.

“I like to give the audience something unexpected, something to think about long after the end credits have rolled.”

Currently, Kathi has  moved on to other projects, including 4 features and  2 web series that she is developing. She has also been asked to direct 2 features. Kathi also produces and directs Casting Qs, a series for the web that has entered its second season.

You can keep up with Kathi Carey on Twitter @WorthMovie, visit her on her official website, and of course check out  http://www.worththemovie.com to learn more about Worth.