Kyra Dawson June 24, 2011 July 2, 2011A Little Trivia For Ya, Be Curious, Books On Film, Buzz!, Celebrities, Did You Know?, Fantasy, Movie Comments, On the Casting Couch, Paranormal Entries, Random, ReHash!, Shout Out!, Something Wicked, TV, Vampires!, Women In Film, Word Of The Day 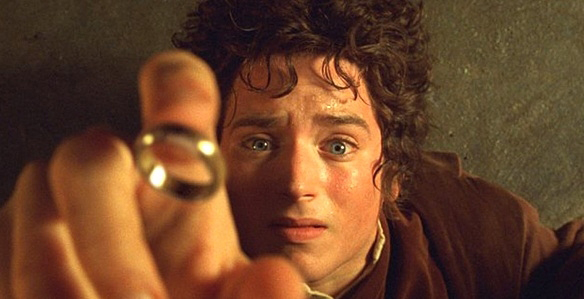 Every actor dreams of being successful. For actors, the success they seek usually culminates in that one big role that changes an actor’s life forever. It’s the role that really puts them on the map. The role that takes them from the ‘No List’ to the A-List, the Moby Dick of acting better known as ‘The Role That Changed My Life’. It’s the role that makes an actor famous, the one role that they will forever by associated with as they go down in Hollywood history.

Such a role is not always a boon. Sometimes it can be a curse. Sometimes an actor will do their utmost to get away from the role that made them famous in the first place in order to avoid the all dreaded pigeonhole stereotyping known as typecasting. The remedy for such an affliction is usually to take on roles that are sometimes controversial or so far removed from that game changing role just so an actor can prove the scope and depth of their acting capabilities.

So it seems that in acting as it is in life one can do something that will be remembered for forever. Hopefully it’s something good. Here’s a look at some actors who can’t escape the role that made them famous. 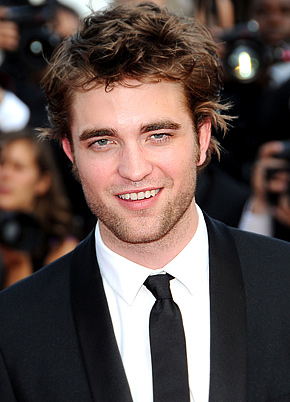 Good old Edward himself. You may remember him as Cedric Diggory in that little “Harry Potter” film you might have heard about, but it’s his role as Edward Cullen that really made him shine and sparkle (cough, cough) and put this actor’s star on the map. Girls all over the world drool and swoon over him and he’s been the resident heartthrob of recent years. His role as the broodingly sexy vampire is hard to forget and Robert Pattinson’s name is synonymous now forever with “Twilight” and vampire. Will he ever escape the mold and be taken as a ‘serious’ actor? His latest role in “Water for Elephants” alongside Oscar winner Reese Witherspoon may command respect but it might be a long while before we forget he has supernatural powers. 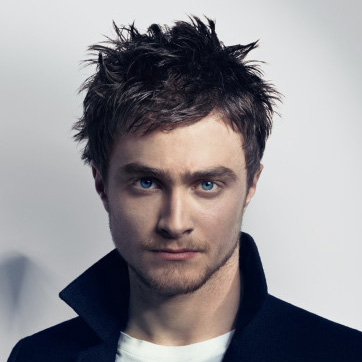 Who doesn’t know and recognize the boy wizard “Harry Potter”? Millions, or should I say billions of kids have grown up with both Harry Potter and Daniel Radcliffe. Indeed the “Harry Potter” films have been dubbed this generation’s “Star Wars”, and Daniel Radcliffe was launched from obscurity to the heights of stardom with this penultimate role created by iconic author J.K. Rowling. Still young, Radcliffe has his whole life ahead of him to make movies, but will there ever be another role as memorable as Harry Potter? When he surprisingly took on the lead role in the Broadway play “Equus” his shocking full frontal nude stage performance had eyes rolling with astonishment. There was much to do over this role that was like a jolt from the blue to many Potter fans (and parents), but people seemed to want to ignore it and turn the other way even though it was a critically acclaimed role that clearly stated, “I am more than a boy wizard.”. When Radcliffe once again donned the round specs of the most famous boy in the world, there seemed to be a collective sigh of relief worldwide. We hadn’t lost Radcliffe just yet to the desire to be free from the role that was like a global anthem for kids everywhere. 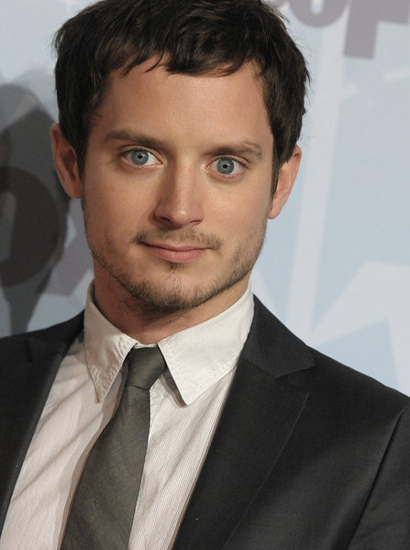 He made hobbit feet look good. His was the face that was hunted all over Middle Earth. Elijah Wood made that famous Frodo ‘look’, you know, the thing he does with his eyes, iconic. It was a look that was so memorable that it’s been parodied and mimicked the world over. It seemed during the whole LOTR craze fest and the succeeding years, people forgot there was an actor behind the legendary hobbit character of Frodo Baggins. Elijah Wood has great range, and he was successful as an actor before the LOTR movies and he has been successful after. He’s chosen roles in movies like “Eternal Sunshine of the Spotless Mind”, “Green Street”, and even gave voice to the penguin Mumble in “Happy Feet” in order to deflect typecasting. Yet he just can’t seem to get away from the role that changed his life forever. In fact, Wood will once again don the furry hobbit feet in Peter Jackson’s ‘Hobbit’ movies. He’s happy to do it, but no matter what else he does, Elijah Wood will forever be known as Frodo Baggins. 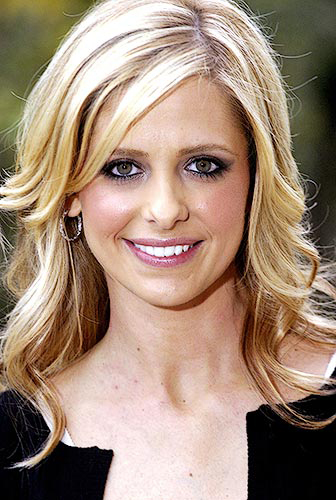 She may be best known for her star turning role as Buffy in Joss Whedon’s “Buffy the Vampire Slayer”, but Sarah Michelle Gellar is an Emmy Award winning actress who has since moved on. Since the popular Buffy era, Gellar has become a mother and undertaken roles and characters that haven’t always been as high profile and high ‘stakes’ as the one that brought her stardom. Known as one of Hollywood’s most versatile actresses, the only other role that stands out firmly in the minds of the masses is her role in the chillingly good movie “The Grudge”. However, it is my bet that most people remember her best as Buffy Summers. 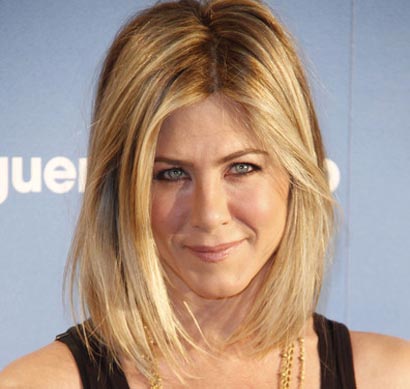 For a decade we welcomed this Friend into our homes. We copied her hairstyle, we rooted for Rachel and Ross for 10 years, and we cried when Rachel said a final farewell to us in May of 2004. Jennifer Aniston is as famous for her role in Friends as she is for being 1/3 of the most famous relationship break up/hook up in recent Hollywood history. (Recent vox populi may suggest she’s even better known as being Angelina Jolie’s “husband’s” ex-wife!) In a bid to escape the post Friends apocalypse that loomed, Aniston tackled a pared down role in the memorable indie film “The Good Girl” alongside Jake Gyllenhaal. It was a move that won her numerous accolades, yet the brilliance of her Independent Spirit Award nominated performance has diminished over time and her run as the Friends character Rachel is usually how she’s referenced in media. For the most part, however, she’s managed to escape the glaring bright spotlight of her Rachel alter ego and has managed to morph into an actress well known for her roles in romantic and quirky comedies. However she also still makes a lot of headlines for her romantic peccadilloes and woes. 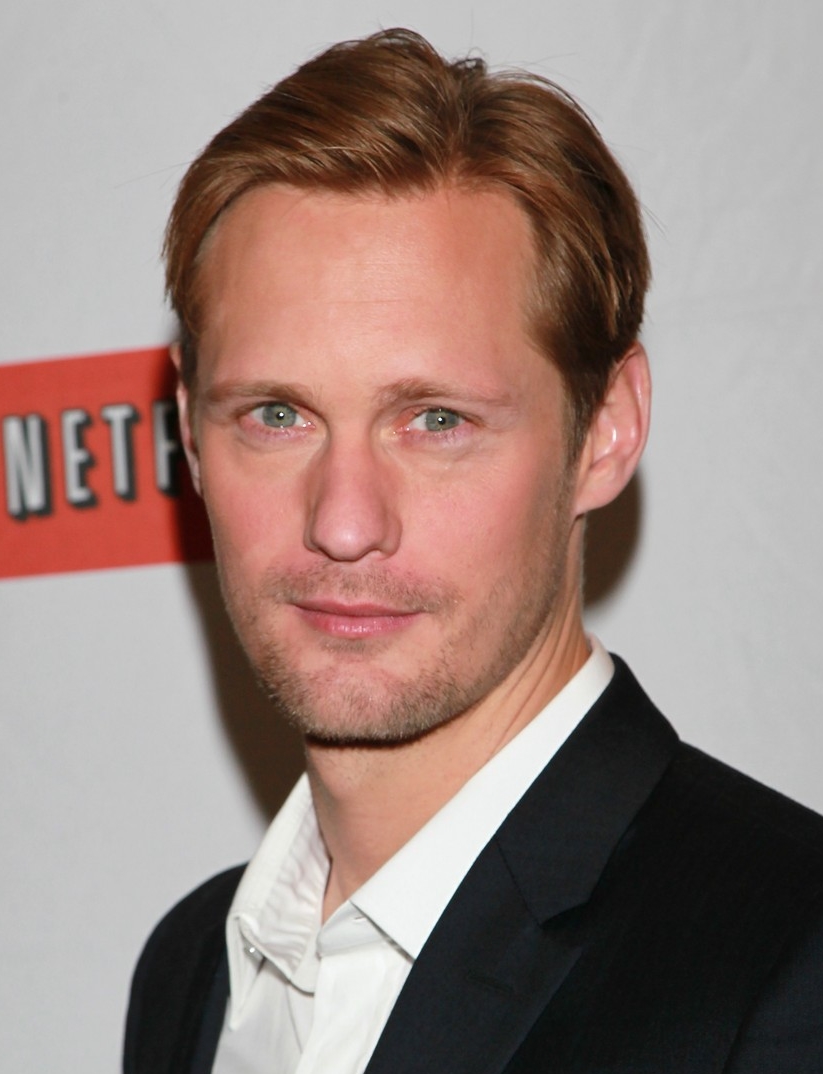 One star that might be resistant to typecasting even though he is well known for his popular role as Eric Northman in the mega hit “TrueBlood” on HBO is Alexander Skarsgard. Offspring of highly respected veteran actor Stellan Skarsgard, this Swede is proving that he’s more than fanged eye candy. With upcoming roles in “Battleship”, “Straw Dogs” and “Melancholia” he’s one actor that is successfully swimming against the current of being known only for the role that made him famous.

Sometimes in life you have to take the sweet with the sour, and a star turning role can also sometimes be a burden that can cast a tall shadow over everything else you ever do. Hopefully whatever role makes an actor famous is at least a good one.