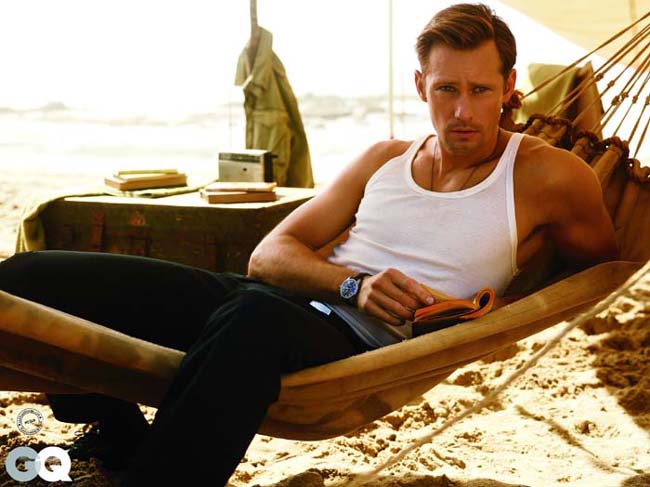 Hello Truebies! Has the #TBwithdrawal started to sink in yet? #WaitingSucks as usual and we have a loooong way to go before season 5 hits the tube so I thought I’d entertain you with a little True Blood fix and a dash of Alexander Skarsgard.

If you are in the US you have probably already seen this, though I doubt you’ll mind watching this again! 😀 For my Canadian readers this is a little treat for you since you may not have had the chance to see it. It’s a micro interview with ASkars himself talking a little bit about Eric and True Blood season 5.

Then we move on to a segment with the Swede who is being interviewed by Extra’s Maria Menounos (lucky girl!) about his role in the movie Straw Dogs which is in theaters now. It’s a role that is very different from anything I’ve seen him in and it’s a movie that is controversial in many ways.

Lastly we have a clip from SideReel with a little True Blood news. Seems Skarsgard’s dad the venerable Stellan Skarsgard was invited for a stint on the hit HBO vampire show. Did he accept? Find out in the video below! 😀