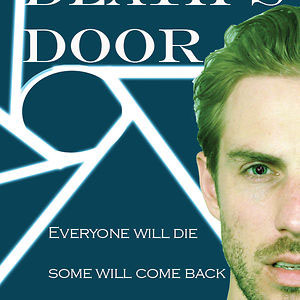 When we think of death we think of it as a final transition, an ending so complete that there is no coming back from it. But what if a loved one died and they could come back? And not just once but repeatedly? Death is just as dicey a subject to handle in life as it is in art but that is just what Ben Schaeffer is attempting to do with his latest 10 episode web series Death’s Door.

The first time Marcus died, he thought his life was destroyed. The second time, he discovered what life is.

Written and directed by: Ben Schaeffer

Meet Marcus (Jeff Berg). He’s got everything going for him. He’s a doctor, young, good looking, has a loving family with approval from a proud father, a new fiancee, and he’s the good son since his older brother is a bit of a sloucho.  Yes, life is indeed good so as luck would have it he becomes suddenly stricken with a strange recurring affliction. This malady has no name and baffles everyone because they can’t explain why Marcus keeps dying… and coming back to life. 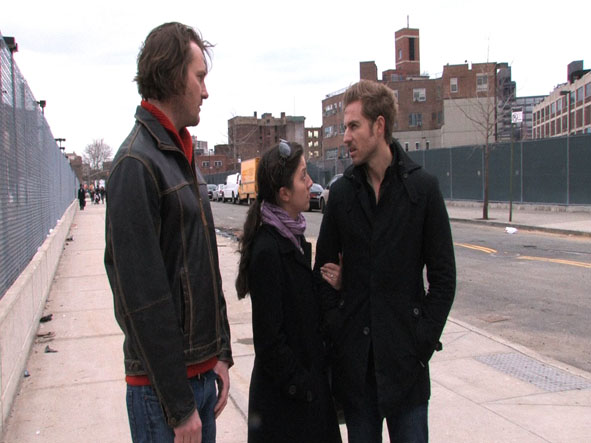 In the first episode entitled “Marcus Dies” Marcus literally drops dead. It is such an unexpected tragedy that is shocking not just to the actors in the film but to the audience as well, effectively demonstrating that death is like that. Even though we know it is going to happen at some point, Schaeffer does a great job of making it happen so abruptly and when we least expect it that it really prepares you to suspend your disbelief. When Marcus miraculously comes back to life, no longer at death’s door for the moment, we are ready to go where Shaeffer wants to take us.

In episode 2 “Marcus Comes Back” we discover that there are no answers for what happened to Marcus. It seems like he’s in a sort of limbo, unsure of why what happened to him happened. There is also a sense of anxiety because no one knows if the unexplainable event will reoccur at this point. They don’t know if their relief will be short lived and something they can just put behind them. 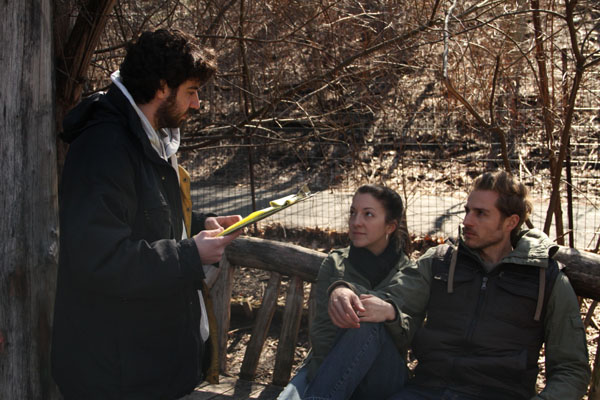 In episode 3 “A Day in the Park” Marcus and his fiance spend some much needed quality time together. Though they don’t talk about it, Marcus’ death is like a lurking specter that follows them. There is a sense of wanting to make every moment count, so this day is about enjoying each other’s company. Neither of them expect what is about to happen.

Things are going to change for Marcus in a drastic way. Change is inevitable at the best of times but this rare situation will cause a shift in Marcus’ perception of life. Because that is how death works; it forces us to consider life in ways we never looked at or considered before. I’m curious to know if Marcus will discover why this is happening to him and how he will cope with repeated incidents of death. How will he manage his life? How will this change his circumstances and the people around him? How will this change him?

The episodes are under 5 minutes in length and every episode advances the story of Marcus and his plight. So far the sci-fi drama Death’s Door is a strange and intriguing tale. It will be interesting to see how this web series unfolds and it’s one I will be keeping my eye on.

Death’s Door airs every Sunday at 8pm EST on these outlets: