First Look at Henry Cavill as the Man of Steel 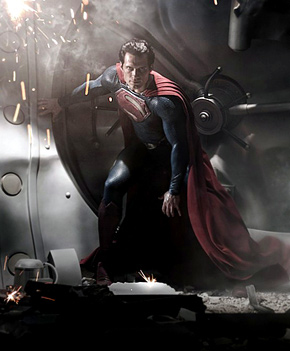 Here it is folks! Warner Bros. and Legendary Pictures have given us a 1st look at Henry Cavill as the Man of Steel.

Now that’s not Photoshopped muscles you’re seeing either. Nope, Cavill has been training hard and eating 5000 calories a day to get the Superman physique. Pretty impressive if you ask me.

The only thing I’m not sure about is the hair.

2011 IS the Year of the Comicbook Movie

Man of Steel is directed by Zack Snyder and costars Amy Adams as the Daily Planet journalist Louis Lane. Laurence Fishburne fills in as her editor-in-chief Perry White. Diane Lane and Kevin Costner will play Clark Kent’s earth parents, and Julia Ormond and Russell Crowe take up the roles of Superman’s biological Kryptonian parents. Christopher Meloni from Law and Order: SVU has been cast as an ally general while Michael Shannon has been cast as General Zod. That’s some pretty impressive casting.

What do you think about the new Superman? His suit? His hair? 😀 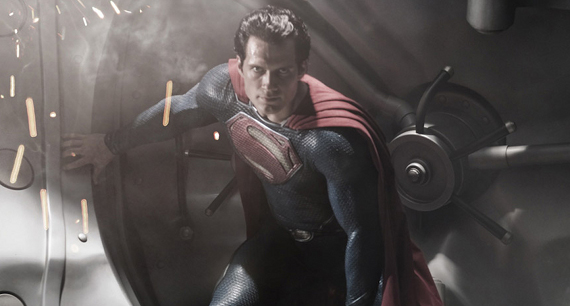