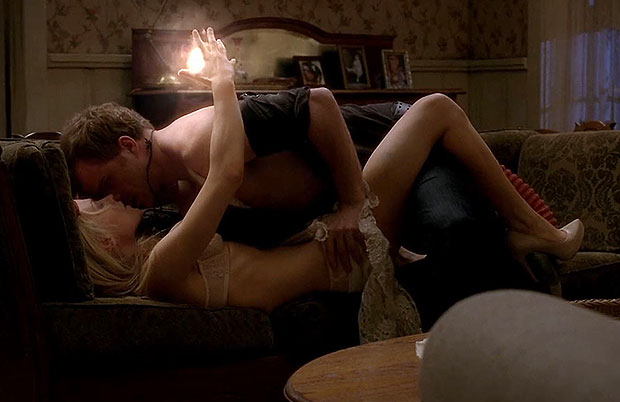 I did not make up that title. It’s like, “What!?!” I couldn’t believe my eyes either, but yes, it’s like that. That is the name HBO has given episode 5 of season 6. “F**k the Pain Away” is just way shocking and super irreverent and funny as hell. So much so it has all us Truebies smiling with unbridled anticipation and unrestrained glee. That’s because it’s a title full of blatant innuendo and implied escapades. I mean, a title like that could mean anything, right? Or maybe it just is what it is.

When we last saw Sookie she had used her feminine wiles to lure a very willing Warlow, who is Ben, who is Warlow, to her house and they ended up horizontal. Right where she wants him. He fell for it hook line and sinker too and it was soooo obvious, which was why it was so comical. Anyway, she forms a faery fire ball and says, “Get the f*uck off me or die, Warlow.” End scene. Roll credits. It was fabulous and hilarious.

So what’s next on True Blood? Check it out. And join me on Sunday nights at 8pm PST during HBO’s True Blood over at Getglue to get in on the fun. Enjoy the sneak peek.