‘Game of Thrones’ Daenerys Targaryen Is a Disney Princess 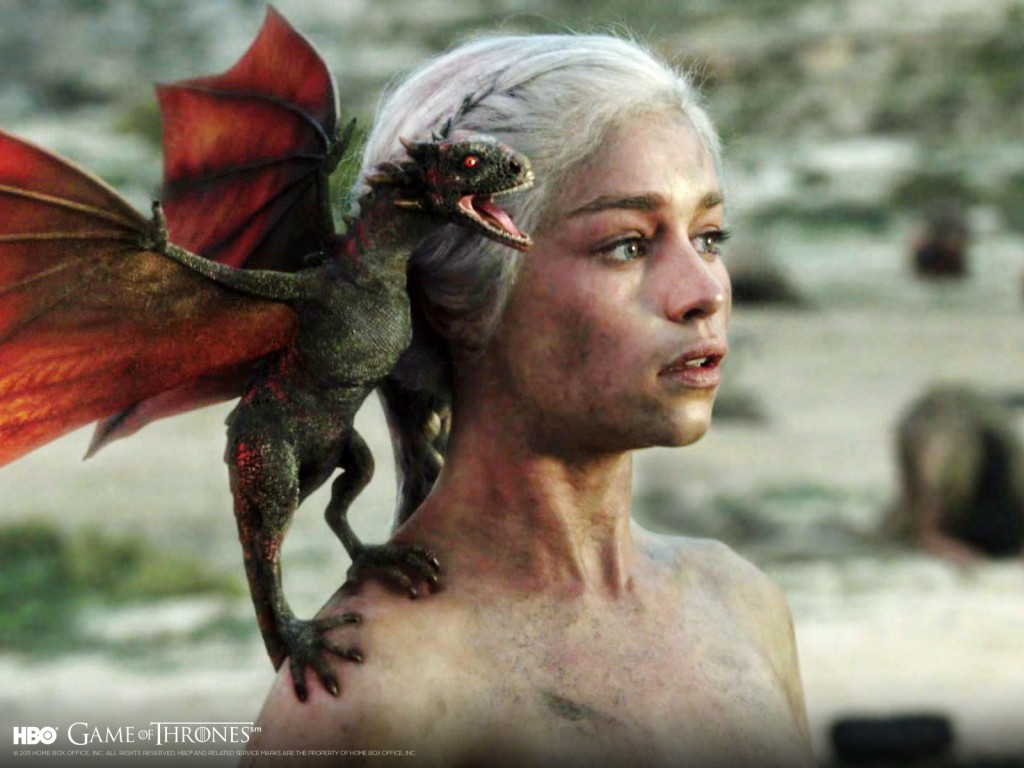 Daenerys Targaryen Mother of Dragons is also a Disney princess.

I would have thought Sansa a likelier candidate for singing her heart out, but doesn’t everyone wish that Dany gets her heart’s desire and sails across the sea to Westeros and claims the iron throne? Don’t we all want to sail away with her? I’m quite sure her Dothraki would be a little stunned to see their Khaleesi bursting out in song that then morphs into a duet with Ser Jorah. We weren’t suprised though, were we? I mean that guy wears his heart pinned to his sleeve with a dagger.

Now let’s see who else breaks into song during the season. Arya would be quite hilarious, don’t you think? But what would she sing about? Naming names and slashing people with her sword? And what about Joffrey? Or his mother Cersei? I’d like to see that duet. Who do you want to see singing like they’re in a Disney movie?

Don’t you just love these kinds of parodies?

Season 3 is going strong and has already been renewed for a 4th season. Watch Game of Thrones Sundays on HBO but don’t be too disappointed if no one starts singing.