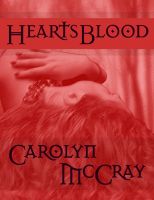 HeartsBlood is available for download at Amazon and Smashwords!