Home Writing How To Write an Outline for Your Story

How To Write an Outline for Your Story 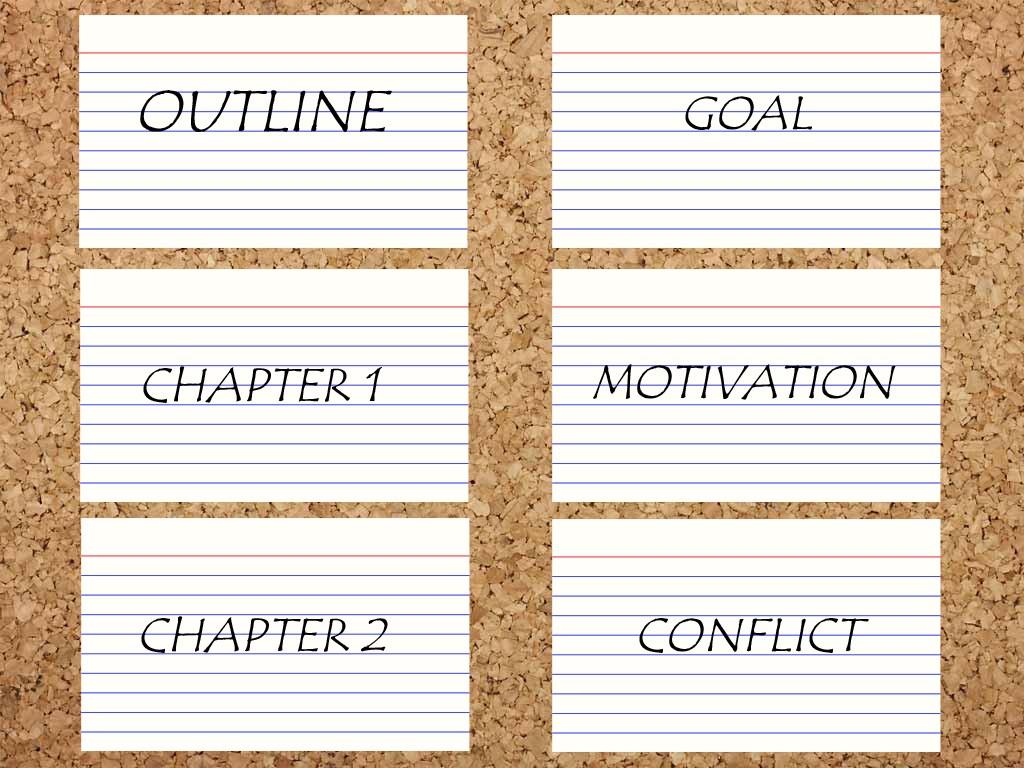 Ah, the dreaded outline. Almost as feared as the vital synopsis for your story or novel. Whether you are a character driven writer or a plot driven writer an outline will act as a blueprint for your story. ‘But writing is more organic than writing an outline and following it like gospel’ you might argue. The pantster in me wants to agree wholeheartedly.

My inner pantster says, “The horror master Stephen King doesn’t use an outline and look how prolific a writer he is. Writing should spring forth like gnomes from the ground, the characters should lead you where you are supposed to go, or the plot should take you where the story needs to go.” Time to put my pantster self in check.

Spontaneous creativity can be a good thing and I’m all for it, but not when it leads you on a meandering journey through a bog and then gets you lost in the wilderness. Which is bound to happen if you don’t have some sort of map.

Think of an outline as less concrete and more fluid in its existence and purpose. An outline can and will evolve as you write and as your characters, world and story develops and you may find yourself wandering off the beaten path but that’s okay. Your outline will bring you back and guide you like a trail of breadcrumbs, keeping you from deviating too far from the realm of actually finishing your book or story.

There is no right or wrong way to outline a story. Use whatever method works best for you. Outlining your story will save you time and frustration. Imagine writing over 100 pages without an outline only to find that you are stuck and you have to start all over again. An outline will save you from that pain. Trust me. I am a reformed pantster.

So here’s how to write an outline in 7 easy steps.

This is the freestyle part of outlining and it’s my favorite part. Let your imagination run wild here. It’s where the idea for your story will take shape. Use a notebook, use Evernote on your smartphone, Post It notes, a voice recorder — Evernote has one built in to their app and I #loveit. This is the Hunter Gatherer Phase as I like to call it and it’s where most writers have the most fun.

Step 2 – From Idea to Premise

Let’s turn that stellar idea into a real story that can go the distance and morph into a full length novel. Let’s start with some questions.

Now that you’ve answered these questions you can craft a stellar logline for your premise. You want to take your idea from ‘Good vs. Evil’ to ‘young boy discovers he is a wizard and goes to a magical school where he learns the skills he needs to battle his enemies and evil nemesis and defeat them thus fulfilling his destiny’. Can you name that bestselling novel/series of books that made cinematic history? Craft a premise that will hook your readers and they will be absorbed in your story.

Here is where those wonderful images of scenes and your characters interacting in them get to be jotted down. One sentence describing the scene works well enough since at this point it’s just a rough sketch. If you are using index cards write the sentence on the front of the index card. Later you can go and fill in the details of the scene on the back of the card. Index cards or Post It notes are handy during this process since you can move them around, insert ideas or remove them and arrange and rearrange them in the proper order and sequence of events.

For each scene include the who, what, when, where and why and POV. Usually there is only one POV per scene. Every scene should also have a purpose, no matter if the purpose of that scene moves the MC closer or further away from his goal. Whatever you choose it should move your story forward, giving it the momentum required to make it to the next scene and ultimately the end of the book. Discovering lags here can save your story. Unnecessary lag time can kill momentum.

Toy with your character’s emotions and feelings, torture and torment them. Make it excruciating without being too dramatic or too extra, yet just enough to make readers feel your character’s pain. Alternately a scene can deepen your readers’ understanding of a character or a situation in your novel or story. If a scene doesn’t serve a purpose get rid of it.

If anything comes up while writing these scenes and you have no idea how it’s going to connect or fit into the story — aka stinky plot holes — flag it with a highlighter or sticky tab. You can always figure it out later.

The getting to know you, getting to know all about you part of the outlining process. Create fully rounded 3D HD characters. The Character Sketch or Character Interview will help you create characters that live off of the page and remain fixed within the minds of your readers. These are the types of characters that are larger than life because you know them inside and out. Interview them thoroughly. The results are highly rewarding and it’s super fun to do.

Knowing the fine details about your MC and cast of other characters, both major and supporting, will help your plot be engaging. This is crucial to plot development. It will help you figure out where their head is at at the beginning of the story and the moment when they became invested in their story and why.

Setting plays just as important a role as plot and characters. It shapes the lives of your characters and is a container your plot. It is the world your characters live in, it is the world your readers will live in for a while too, so it has to be rich and believable and like a living thing it must breathe. Especially if you are writing an historical, sci-fi or fantasy novel or story. And in some stories setting can be a character so don’t skimp on the details, especially if you are world building.

While brainstorming you probably came up with the framework or skeleton for your setting. Now is the time to flesh it out if you haven’t already. Map it out, go spelunking. Explore it. Record sight, sounds, the feel of the air, flora, fauna, how many suns or moons, its different cultures and customs. Or maybe the setting is the neighborhood you grew up in or live in now. You still want your readers to get the feel of it, no matter where you decide to set your story. Setting is integral to many different aspects of the story so make sure you know where your story takes place and where your scenes will occur.

Let the culling begin. Or the fattening. Add missing details, trim others. Double check the order of your scenes. Do they fit together? Do they bring your story’s plot to a satisfying culmination of events? Is anything missing? Are you happy with the way things played out… for now? Did you discover any plot holes that need shoring up? Lag time? Too many characters? Or do you need another one? Need to make a character more 3D HD? Does a secondary character need some beefing up to play a more major role in the story? Do any of your characters have more things they’d like to reveal about themselves to you? Does your setting need tweaking?

Once you’ve attended to all of the above stand back. This is your outline. Now you need to organize your scenes into a linear, more defined outline where you can further develop plot, set up chapters, and flesh out details of the story or novel even more fully. Snippets of dialogue, adding to scenes, working out the logic of events as they unfold, always being on the lookout for any sinkhole or quagmires that the story can get stuck in. You can make your outline as detailed as you would like to here. And if you get stuck or you find a scene or event is missing go back to it later. Just make sure you have a fully realized beginning and a sound ending. Point A to Point B. That is the purpose of your outline.

Hooray! Let the games begin! Now that you are armed with the solid framework and foundation for your story you can get that first draft down with confidence. And you can probably do it lickety split. You know where you are going and you know where you have been. Now all you need to do is tell the story. Refer to your outline as you write, review it each time you begin a new writing session, read your scene notes but keep in mind nothing is written in stone.

Remember, you are not a captive of your outline. You can exercise your free will. Rest assured that your characters will exercise theirs and probably in ways you don’t want them to or even expect them too. Outlines aren’t meant to be restrictive, instead they allow for the rich experience of exploration and discovery in once uncharted territory. They will only enrich your writing experience and act as a blueprint to your story’s success. Happy writing! 🙂