Home Be Curious A Little Trivia For Ya Is Natalie Portman Oscar Worthy?

Kyra Dawson January 12, 2011 January 12, 2011A Little Trivia For Ya, Buzz!, Did You Know?, Face Time, General, Good Movie Alert!, Housekeeping, Movie Comments, On the Casting Couch, Predictions, Shout Out!, Something Wicked, Word Of The Day 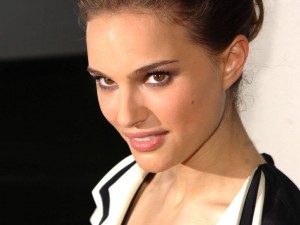 The always stellar Natalie Portman has been nominated for a Best Actress Golden Globe for her role as tortured ballerina Nina in the 2010 movie Black Swan.

With the Golden Globes right around the corner, there is a lot of talk about Natalie Portman and her performance in Black Swan. Her film is up for 4 Golden Globe nominations, and the talented actress herself is up for a best actress nomination. There is much speculation that she may win a Globe, and since the Globes can sometimes act as a precursor for an Oscar win, the industry is a buzz with talk and anticipation that she just may walk away an Oscar winner as well. Oscar noms have yet to be announced, but with nominations already made for Golden Globes I am wondering, is Natalie Portman the best working actress of today? Is Natalie Portman Oscar worthy?

On the heels of her engagement and the announcement of her pregnancy, Natalie Portman received the Desert Palm Achievement Actress award on Saturday night at the Palm Springs International Film Festival’s 22nd annual awards gala. This event is a practice run for the Oscars, and the first trial run for awards season, and already Natalie Portman is feeling the rush of receiving accolades for her work. Yet this isn’t the first… [Read more…]