Home Buzz! Is That Bumblebee? The Scribe’s Desk Cosplay Favorites of Comic-Con 2013

Is That Bumblebee? The Scribe’s Desk Cosplay Favorites of Comic-Con 2013 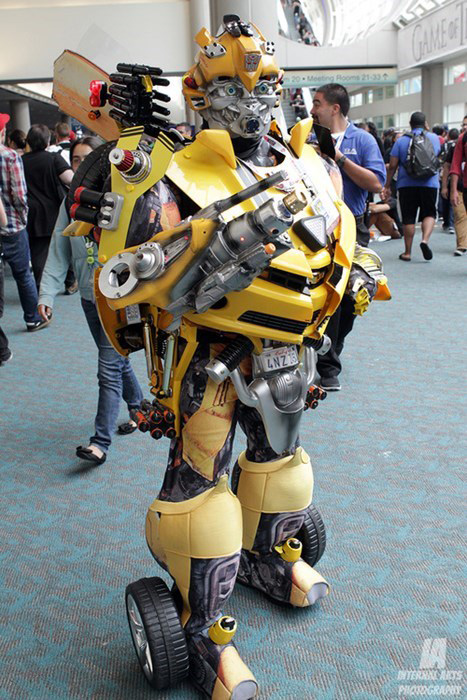 Alright, so I am almost over the San Diego Comic-Con 2013 hangover. Anyone else suffering the effects of post Comic-Con gluttony? What a whirlwind weekend it was. I could barely keep up with all the excitement and the rush made my head spin.

There was tons of news, tons of extras, tons of trailers, loads of sneak peeks, and for those few halcyon days — July 18th – 21st — to be exact, San Diego was Geekdom on Earth. Those glorious fun filled days are like Christmas in July and blasts Disneyland out of the water. While THE Con is in full swing it lays undisputed claim as champion to the title, “The Best Place on Earth”. Hands down winner and I’ve got a million fangirls and fanboys who would agree with me wholeheartedly.

So what else makes the Con so awes-mazing? Why the cosplay of course! What would SDCC be without the fabulous wonder of uber nerds geeking out and dressing up as their favorite super heroes and characters?

I’ve got a few faves but for now check out my favorite cosplay outfit of SDCC 2013. Is that Bumble Bee? Sure looks like it. It has got to be one of THE best costumes I’ve seen to date so far. Look at all that awesomeness. Definite tribute to the Transformers in the best way possible.

What was your favorite cosplay get-up of Comic-Con this year? Or better yet, did you go to Comic-Con 2013 in your best cosplay gear?