Law Abiding Citizen Gerard Butler Is On A Roll 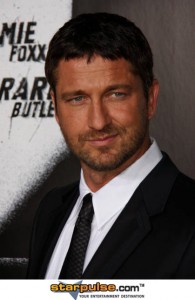 Do you remember the first time you noticed Gerard Butler? I do. It was in 2003’s Lara Croft Tomb Raider: The Cradle of Life. He starred as Terry Sheridan, Miss Croft’s treacherous lover. He did numerous other roles both before and after that, but really scored big with the lead role in 300 as the larger than life King of Sparta Leonidas. 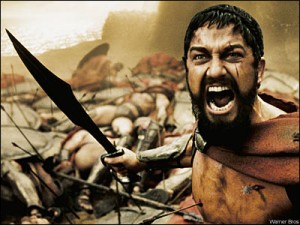 I think the female population is hard pressed to forget his rock hard abs! A few roles later, in came RocknRolla, and never have I seen a more charming or cocky con. And let’s not forget P.S. I Love You. Chick flick extraordinaire! Gerard Butler has mad talent, and I love it when “good guy” actors switch it up and play villains. In the movie Law Abiding Citizen, Butler plays Clyde Shelton, a man who’s family was murdered right before his very eyes. The DA makes a deal, giving one of the murderers the death penalty, and gives the other man a plea bargain for testifying against his partner in crime. The Judas ends up serving only 10 years for the murder of Clyde’s family. After serving his sentence, the remaining murderer winds up dead. Clyde is put in prison for murder after basically admitting it to Nick Rice. But Clyde isn’t finished handing out justice. He carries out revenge from within the confines of his prison cell, and I think you can’t help but feel his revenge is justified. He also has a score to settle with the DA Nick Rice, played by Jamie Foxx, and Gerard Butler is hungry for his vengeance. It’s in theaters now and getting mixed reviews, but overall, fans are impressed with Butler. He really is on a roll. What do you think? Will you see Law Abiding Citizen in the theaters or wait for DVD? (Movie Central?)

~P.S.~ Did you know Gerard Butler studied law before becoming an actor? Ain’t it funny how life works?