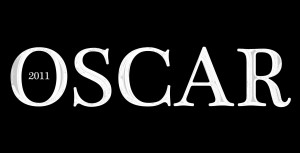 Well, tomorrow is going to be quite the day! It’s like the Superbowl up in this house! The Red Carpet, the schmooze fest, the fashion, the stars who will score Oscar gold at the ceremony, the speeches, the disasters and the hijinks! Whew! I’m lightheaded! 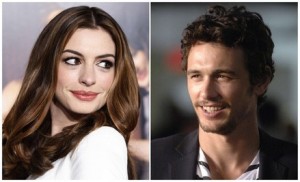 I’m also looking forward to see how Anne Hathaway and James Franco will handle this hefty hosting job. It’s nice to get some Young bloods in this aged awards event. The promos have been pretty good and chuckle worthy, so I’m hopeful. What do you think?

Want to see my Oscar Predictions for previous years? You can see it here.

Want to see how well I did with my Golden Globes Predicitions? Read it here.

When it comes to taking Oscar home, do you believe that the Globes is the harbinger of the Oscars? I guess we’ll find out, but something tells me The Social Network is not going to be the big winner of the night. Although I thought it was a good movie and just adored Andrew Garfield, it just doesn’t scream Oscar’s Best Picture to me.  Who do you think will take home the best picture statue? What about the Best Actor, Actress and Director awards? Who will go down in Oscar history?

Join me tomorrow at 3:00pm PST for my Red Carpet Commentary on Twitter @TheScribesDesk! I’ll be watching E! (and switching impatiently between other channels of course during commercials) After that, head on over to TheMoviePool where we’ll be Liveblogging the event!

Here are my predictions for Oscar winners tomorrow. For a full list of nominees, visit Oscar’s home. Who do you think is going to score Oscar gold tomorrow night?

Colin Firth in “The King’s Speech”

Christian Bale in “The Fighter”

Documentary (Feature) – Hmmm. Good question. I didn’t see as many docs this year as I would have liked.

Documentary (Short Subject) – I will have to wait and see.

Short Film (Animated) – I’ll have to wait and see.

Short Film (Live Action) – Have to wait and see.