Home Be Curious Peter Dinklage, the Imp on Game of Thrones, Wins an Emmy

Peter Dinklage, the Imp on Game of Thrones, Wins an Emmy 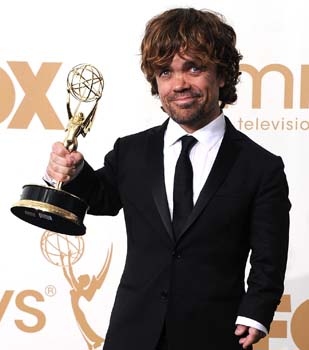 Our favorite Imp took home TV gold last night during the 2011 Emmys for his role as Tyrion Lannister on HBO’s Game of Thrones. The award was in the Outstanding Supporting Actor in a Drama Series category and is Peter Dinklage’s first Emmy Award.

The diminutive actor certainly didn’t expect to win, and he was up against some talented competition, but Dinklage is certainly deserving of the golden statuette. His performance as the despised, cunning and witty third Lannister child and son of Tywin Lannister is brilliant and memorable and definitely one of my unexpected favorites on the show. Despite Dinklage’s size (he is only 4’5″) his character is larger than life and infused with tons of charm, confidence and joie de vive. 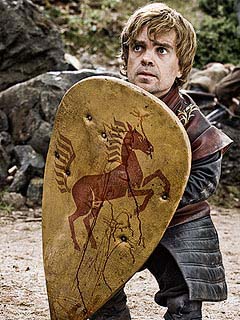 “I think everybody levitated when Peter Dinklage won supporting actor,” Martin told The Hollywood Reporter. “We were hoping for that but you never know how these things are going to come out. Tyrion has always been my favorite character in the series – though I love them all. Peter has embodied it so marvelously. It was an incredible win for Peter and the show.” 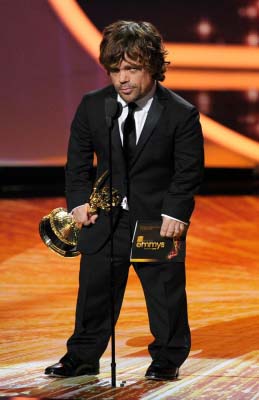 Game of Thrones is based on the bestselling fantasy series A Song of Fire and Ice written by George R.R. Martin. The series was adapted and developed for HBO by David Benioff and D.B. Weiss. The popluar fantasy already had a remarkable fan base so it’s debut on April 17th, 2011 was highly anticipated and embraced by critics and fans alike. The first season finale was spellbinding and surpassed expectations bringing a spotlight to a strong cast and actors whose names were not well known before the series. Thankfully Game of Thrones has been picked up for a second season (2 days after it premiered BTW!) so we’ll get to see a lot more of Tyrion and the fantasy world he lives in.

Check out Peter Dinklage’s funny and sweet acceptance speech below! 🙂