Home Be Curious A Little Trivia For Ya The Girls of Sucker Punch: Emily Browning

Kyra Dawson March 23, 2011 March 23, 2011A Little Trivia For Ya, Buzz!, Did You Know?, Face Time, General, Good Movie Alert!, Housekeeping, Movie Comments, On the Casting Couch, Predictions, ReHash!, Shout Out!, Something Wicked, Women In Film, Word Of The Day 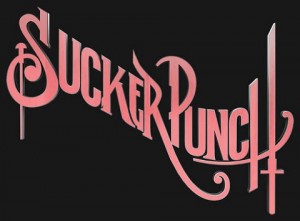 Sucker Punch seems to be a pretty big deal right now and is opening in theaters on Friday. It looks like a type of shoot ’em up 300 movie with girls leading the charge. It’s exciting to see a fantasy action thriller movie led by women and directed by none other than 300 and Superman director Zack Snyder. So let’s take a look at the leading ladies of Sucker Punch. 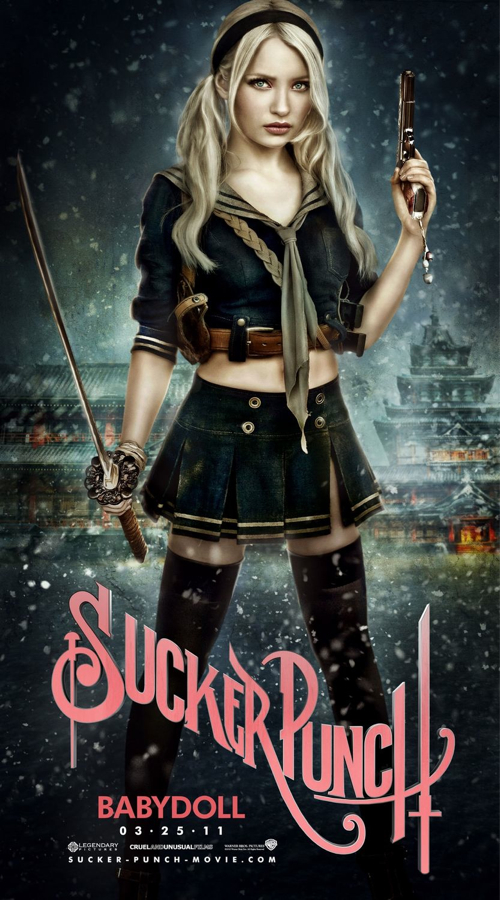 Sucker Punch Role – Baby Doll – the sexy protagonist in this fantasy action thriller, this gun toting ingenue creates an alternate reality to survive being imprisoned against her will in a mental facility by her wicked stepfather. Deceptively innocent looking, Baby Doll can kick some serious a**!

Where You’ve Seen Her Before: Lemony Snicket’s A Series of Unfortunate Events – Violet – the eldest of the 3 Baudelaire orphans

Breakout Role: The Uninvited – Anna – a young girl whose terminally ill mother is killed in a tragic boathouse fire is hospitalized because she tries to commit suicide. She’s best friends with her sister and she thinks her wicked stepmother killed her mother. She also has to deal with a ghost that lives in her house.