Time for the Golden Globes!

Ah, nothing makes me smile like Award Season! Red carpets, glamorous dresses, stressed out stars, the best in cinema. On Sunday, January 17th the 67th Golden Globe Awards will air, hosted by funny man Ricky Gervais. (You remember him as the unfortunate lightning dealer in Stardust?) Here are some of my picks for the winners! 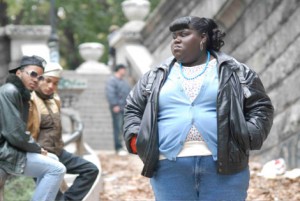 Though Sandra Bullock does seem to be generating much love this last year with her performance in both The Blind Side and The Proposal and could give gabby a run for her money in this category. 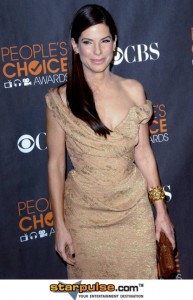 Best Performance by an Actor in a Motion Picture – Morgan Freeman for Invictus.

Though George Clooney will probably nab this one just for being dapper.

I really liked this movie, I thought it was really smart and really funny, but The Hangover might hang there and scoop this one. It was a huge hit with audiences and Bradley Cooper has a lot of fans.

Best Performance by an Actress in a Comedy or Musical – Sandra Bullock in The Proposal (hands down!)

Best Performance by an Actor in a Comedy or Musical – Robert Downey Jr. in Sherlock Holmes (evidently my dear Watson!) Though whenever Daniel Day Lewis is up for anything he usually wins.

Courtney Cox is nominated for Cougar Town, Thomas Jane is nominated for Hung (which is hilarious! and I hope is renewed! We were left hanging last season! haha!) Grey Gardens will most likely win in its category, and Jessica Lange and Drew Barrymore are both nominated for their performances in this made for TV Motion Picture. Most likely, Jessica Lange will bring home the globe. A complete list of nominees is available at the official home of the Golden Globes.

Who’s your money on? Leave me a comment and let me know! See ya Sunday!