Home Be Curious TrueBlood “You Smell Like Dinner” Review Page 3 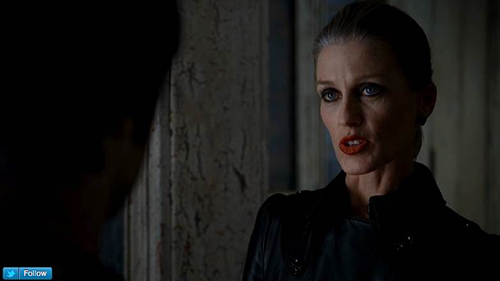 Back at Merlotte’s Sookie’s apologizing to Sam for her absence when Arlene shows up with Terry and baby Mikey. Arlene freaks out when Sookie says that Mikey is an old soul. She gets all hysterical and leaves the room balling. We know why, Terry knows why, damned if Sookie and Sam do though. I can see where this is headed, do you? It’s going to be the comedic relief of the show too.

Andy shows up in Hotshot under the guise of “official police business” when it he’s really trying to do is get his hands on some V. He’s flashing a warrant around and Felton is freaking out because the law showed up. He orders Timbo to get rid of Andy and watches from his hiding spot. When he realizes that Andy is addicted to V he sends out old Uncle Luther with a vial of blood Felton had in his pocket. Andy leaves with the “evidence”. This isn’t going to end well for Andy. Something tells me that Felton will hold this over Andy’s head in the future.

While Andy is outside, Crystal shows up to see Jason. Poor Jason. Crystal has plans for him but it doesn’t include setting him free. She rips of a piece of Jason’s shirt and stuffs it in his mouth. She also holds a knife up to his throat to keep him quiet.

Luna visits Sam at Merlotte’s which is a nice surprise for Sam because he’s hot for teacher. It looks like Sam may finally have a compatible relationship on his hands, which is nice but how long will it last? After giving him the kiss she wanted to give the night before, Sam walks Luna out and they promise to hook up later on. Tommy’s having lunch and watches this little tableau with great interest. “Who’s your friend?” he asks Sam. Prickly Sam retorts none of your business,” and doesn’t take kindly to the fact that Tommy’s been smelling Luna’s scent. “Smell your own friends,” Sam warns.

Meanwhile, Arlene is having stare down with Mikey. She’s seeing things that no one else sees. She knows the baby is rotten to the core just like his daddy Renee. as she’s staring at Mikey a blood vessel pops in her eye and Arlene knows Mikey did it. Arlene is freaked out even more now and Terry doesn’t believe it’s Mikey. I mean would you? Just look at that face!

Outside Sookie’s place, Tara comes running up behind Sookie excited to see her. A startled Sookie screams seeing scary faced faeries chasing her down for a moment before she realizes it’s just Tara. While they  talk they enter the house. Eric has left cute notes with pretty red bows on them on the door and in the house. 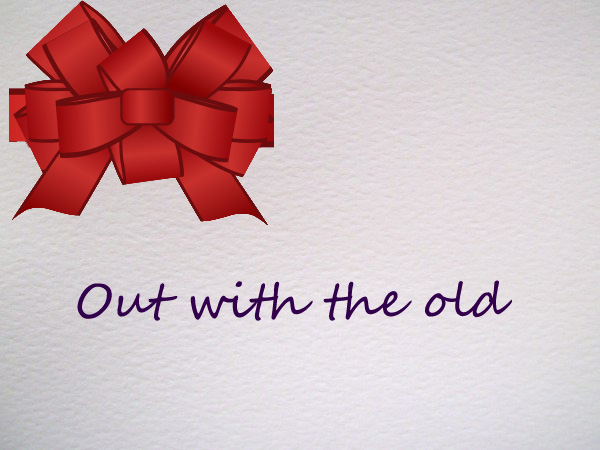 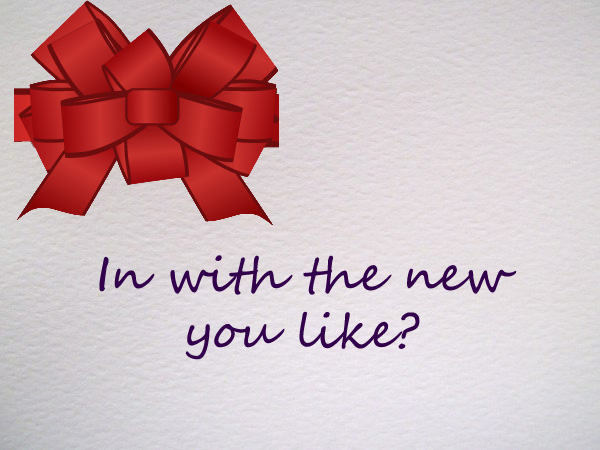 How prophetic are those words now? And he’s left blood in the fridge in a fancy crystal carafe. LOLs. 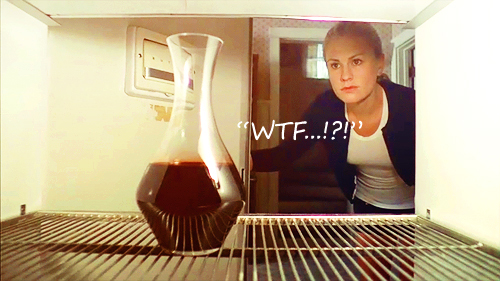 Tara is worried that Sookie is dating Eric (we wish!) but Sookie just tells her that he bought her house. When Sookie finds a  nice wardrobe in her house (how Narnia! It’s like a portal to a whole different world through there, hey Sookie?) she gets pissed off because it’s not just a handsome wardrobe, it’s a sleeping cubby for Eric! HA! His audacity slays me! So of course Sookie bails on Tara and marches over to Fangtasia to give Eric the what for.

Speaking of cubbies, Jessica wakes up and finds Hoyt with a bag of frozen veggies on his eye. He’s all beat up and when Jessica tries to heal him with her blood Hoyt says, “I don’t need that sh*t.” WOOPS! Wrong thing to say! Jessica takes off for Advil and on her way to town decides to go to Shreveport, and we know she’s not going for Advil.

Tara shows up at Lala’s and Jesus’ as they are on their way out to a Wiccan thing. Unwisely Tara decides to tag along even though she is not impressed with the whole idea. It’s funny to catch a glimpse of the old Tara here. Funny how a few hours in Bon Temps can have your new zen persona slipping, hey?

Bill has summoned Eric and asks him if he’ll sell the house first back to Sookie and then to him. Eric won’t which is no surprise and goes to leave when Bill tells him of the new coven. Eric says Pam will take care of it but Bill commands Eric to handle it. When he tells Northman the it is a coven of necromancers, Eric takes it seriously. He’s off to take care of it that very night personally. He gives Bill a flourishing bow and a “Your Majesty,” to Bill before taking off to crash a Wiccan party.

We finally learn how Bill became King of Louisiana. Flashback to his fight with Sophie Anne and we see that Bill doesn’t fight fair. Sophie Anne is executed by six of shooters at Bill’s command and compliments of the AVL.  Nan makes him King of Louisiana on the spot. I wonder what she’s going to say and do when she finds out that Bill has been protecting Sookie?

Next we see Sookie asking Pam to help her change Eric’s mind about the house. Come on, Sookie. Did you really think Pam was going to help you. In typical Pam fashion the vampire lays it down for Sookie. Eric made Pam; there’s no question where her loyalty lies. She then gives Sookie some advice of her own and that is, “… just let Eric have you.” I agree with Pam, better him than some other vampire, Sookie. At least he won’t drain you. And I’ll bet he more than just cares about you!

Jessica walks through the barrier of protestors in the Fangtasia parking lot. It’s a great allegory for the proverbial barrier she has erected around her vampire nature and her desires to just embrace it. With a determined shove, she breaks through the crowd and releases her true self. This will not be good for her and Hoyt’s relationship.

Once inside Fangtasia she lets her hair down and searches for the fangbanger from the other night and everything else fades away as she’s searching. And then she finds him. She walks up and he puts his hand out. She puts her hand in his and off they go. Yep, it was that easy.