Home Buzz! Up Close and Personal: An Interview with Jarod Warren Creator of the Upcoming Web Series City Infernal

Up Close and Personal: An Interview with Jarod Warren Creator of the Upcoming Web Series City Infernal 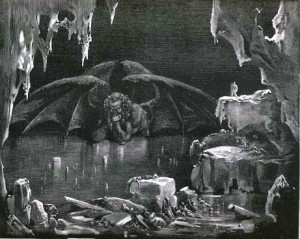 Dante Alighieri, a giant in literary history and famous for his epic work Divine Comedy, has inspired artists from all walks of life.  Now, from the fertile imagination of Jarod Warren of Branding Iron Films, comes a gritty tale of crime, love and redemption.

Jarod was gracious enough to sit down with me at The Scribe’s Desk and answer a few questions about his up coming dramatic web series. So without further ado, let’s get down to the good stuff.

TSD: Tell us about your project.

Jarod: City Infernal: Redemption is Hell is a web-series that follows the journey of Durant, a burnt-out organized crime enforcer who’s lost his self-worth after the brutal murder of his girlfriend. Losing himself in the violence of his job, he is suddenly given an opportunity to redeem himself but he must first witness the horrors of the world he lives in. In doing so, he is faced with the decision to honor the memory of his beloved or be condemned forever to the life he has made for himself. It is a story about true love, last chances, and finding the courage to hope for something better.

We’ve conceived the project as a web-series so that each episode can focus on a stage in Durant’s journey and on the relationships between him and the the other characters, most importantly his girlfriend and his partner.

TSD: Where did your inspiration for this web series originate?

Jarod: I’ve long been an avid reader of classical prose and poetry, especially Renaissance writers. Chaucer, Rumi, Thomas Mallory, Lydgate. The true inspiration for City Infernal was the prime work of Dante Alighieri, the Divine Comedy, in which the poet travels through Hell, Purgatory, and then Heaven. Through the entire story, Dante struggles with many human conditions, notably the justification of his own sins. This is something that we today, in the 21st century, still wrestle with. The subconscious acceptance behind what we do every day. It was a concept that translated extremely well to modern times and it doesn’t require the extreme religious overtones to make it understood by anyone who watches it.

TSD: What is it about Dante’s Inferno that fascinates you?

Jarod: Two things completely blow my mind with Dante’s first cantica, Inferno. Firstly, the imagery of the piece is genius beyond measure. Dante’s descriptions of the medieval-Christian Hell, as inspired by Thomas Aquinas, are visceral, haunting and utterly compelling. The concepts of denial through justification and ironic punishment are ultimately defined through Inferno. When the reader suspends their disbelief, what Dante wrote is quite literally the stuff nightmares are made of.

Secondly, it is the modern perception of the piece. Dante’s work was such a profound personification of the hopes and fears of mankind that it has persisted throughout the ages, remaining a relevant piece of literature since the 13th century. If you ask anyone with some education, they will know of his work, most especially, they will know of the Inferno but few would be able to quote from it beyond it’s synopsis: the poet journeys through Hell. It was this curiosity, that so many would know of the piece but have never actually read it, that really shocked me. The majority of people are so terrified of the concepts within the poem, that it merely takes the title to inspire dread.

TSD: Is there any singular event in your own life that draws you to this subject matter?

Jarod: It was a single lesson I learned when I was 18 that really drew me into Alighieri’s work and that was how to forgive oneself. Redemption in the eyes of others is one thing, but being able to live with oneself is another. You can justify all you want, but if you can’t truly forgive yourself then you have created a personal Hell in which you will eternally punish yourself.

I believe that the mind awakens or matures over time through inspired moments of realization. The notion that self-forgiveness is as equally important to redemption as forgiveness in the eyes of others was one of those pivotal moments for me.

TSD: Is your main character based on anyone one person or persons in particular?

Jarod: I rarely base characters that I write on individuals. I instead have a method of inspiration that may seem a bit strange. Because I believe that the ultimate goal of everyone is self-acceptance, total and absolute, I base my characters on a position in the Kübler-Ross model described in her book On Death and Dying also known as The Five Stages of Grief. As a character works towards their own self-acceptance, they travel amongst these stages, some taking a very short time, some never achieving Acceptance at all.

With this journey as the central conflict of the human condition I then populate the environment around them which can also have a great effect on their position. I think the characters resonate as more human with viewers when based on something that every person has in common, the road to acceptance.

TSD: What is it about the whole concept of redemption that you find appealing?

Jarod: Redemption is at the heart of one of mankind’s greatest internal challenges. It is something that everyone, at some point in their lives, seeks to attain. What appeals to me is that redemption is predominantly sought from others when in fact it truly begins with oneself, the real challenge being knowing the difference between self-forgiveness and self-justification. Most individuals fear taking on that internal adversity so they instead pursue redemption through external means in order to ease their internal burdens. This is for me, among other psychological conundrums, a defining element of the human condition.

TSD: What film maker has influenced you the most in your career?

Jarod: I would really dishonor that spectrum of influence by attempting to narrow it to a single hue. The filmmakers that have truly inspired my method and ideology would be Stanley Kubrick, Francis Ford Coppola, Ridley Scott, Wolfgang Petersen, Orson Welles, and Steven Spielberg.

TSD: Where are you in the production process?

Jarod: Currently we are seeking modes funding for the first episode.

TSD: What strategy do you intend to use to secure the capital necessary to fund the project?

Jarod: We are actively approaching two strategies. First is a campaign through Kickstarter which has been a successful means of funding for many indie filmmakers. That should be off the ground within the next two or three weeks. The second is a work-in-kind method where my production company, Branding Iron Films, will trade work for individuals for assistance as needed in the episodes. That will be handled on a case-by-case basis. The best part of the latter option is that it affords us time to work in between episodes to develop the capital as we need it.

TSD: When are you hoping to release this web-series?

Jarod: We are aiming for a Summer 2011 debut of the first episode.

TSD: Is this your first film project?

Jarod: Not entirely. While the concept of City Infernal has been rolling around in my head for years, another project, A Uniform Invention completed filming last year and is in post production as we speak. I’ve also worked on a few music video and industrials/testimonials for AT&T, EBGames, and several privately-owned local companies.

TSD: What projects do you have lined up for the future?

Jarod: Currently in development is my big feature Slip/Road. It has been my baby project for a long time and hopefully very soon we’ll see principal photography begin on that. I also have in pre-production a sci-fi drama feature that tackles the stem-cell debate and a short 30 Days of Night-inspired vampire flick.

Wow! Jarod, you are quite the busy filmmaker! I am looking forward to everything you have in the works! I’d like to say thanks a million for taking the time to visit with me and answer my questions. 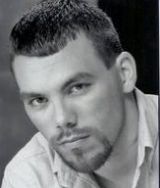